Katie Holmes Debuted a Bangin’ Change To Her Pixie Cut 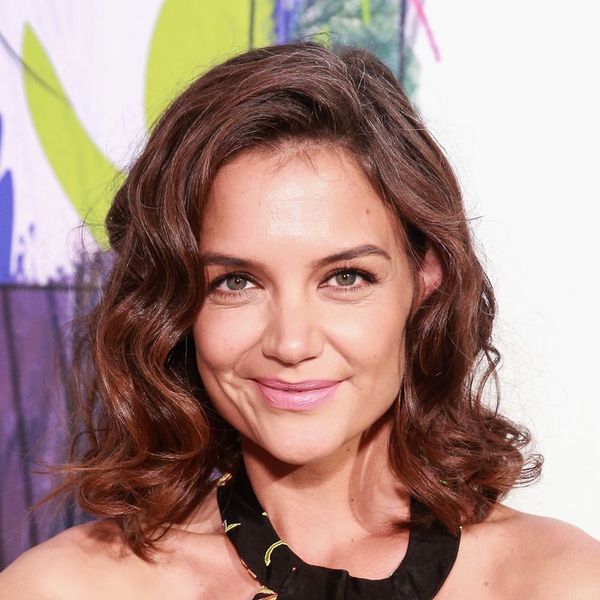 She’s been one of our favorite style chameleons ever since her days on Dawson’s Creek, so it’s no secret why we’re obsessed with Katie Holmes’ new pixie cut, which she debuted back in October. But it seems the actress went under the scissors again, adding the chicest side fringe to her short cut, that she rocked over the weekend at Z100’s iHeartRadio Jingle Ball 2017 in New York City.

Holmes has never been a stranger to changing up her look, from her signature long glossy waves to the time she single-handedly ushered in the era of the bob back in 2007, but her latest pixie (which might be her shortest cut ever!) is making us want to grab the scissors, especially thanks to her new side-swept bangs.

Though she revealed her new short ‘do was for a role in her upcoming film The Doorman, it seems Suri’s mama loves the look so much, she added a cropped side bang to it. Holmes appeared on stage with her adorable little lady to introduce Taylor Swift at Madison Square Garden, and she looked stylish as ever in an off-white blouse with grey jeans for her mother-daughter night out. She paired the look with black pumps and gold hoop earrings.

Of course, it was Suri that totally stole the show in her black princess dress which was covered in silver stars, as she and her mama introduced “one of their favorite performers,” and we love that the duo was on hand to celebrate Swift’s triumphant performance at the star-studded holiday ball.

What do you think of Katie’s new look? Share with us @BritandCo.

Arielle Tschinkel
Arielle Tschinkel is a pop culture junkie who went to NYU because the Olsen twins went to NYU (really). She is a freelance writer whose work has also been featured on HelloGiggles, Refinery29, SheKnows, Bustle, Hollywood.com, and many others; and she's living her dream one Britney Spears GIF at a time. Follow her on Twitter @mrstschinkel or visit her website at arielletschinkel.com.
Bangs
Hair
Bangs Celebrity Hair Haircuts
More From Hair