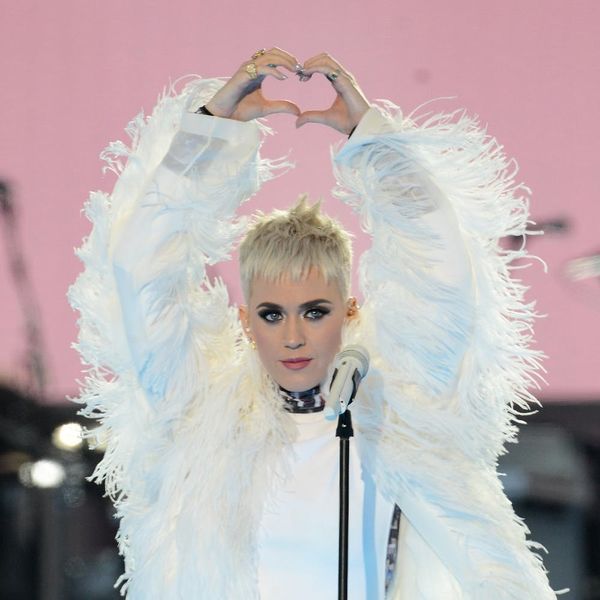 Katy Perry and Ariana Grande shared a special moment during the One Love Manchester benefit concert last month, and we’ve just been given a glimpse at their incredibly touching expression of love, support, and togetherness.

Nearly three weeks after the star-studded benefit that celebrated the lives of the 22 victims and 59 injured survivors of the May bombing, Perry has shared a video giving fans another look at the heartwarming experience.

From meeting up with other mega-stars — including Miley Cyrus, Chris Martin, and Justin Bieber (who gives Perry a big hug while telling her, “It’s awesome that you’re here, doing this. You look beautiful.”) — to rehearsing her acoustic version of “Part of Me,” each moment shows Perry’s perspective of the night. We also see the minute she steps out onto the stage, in front of an endless sea of people in the audience and millions more viewing at home from 50 countries across the world.

But the most touching part happens backstage, after Perry’s performance, when Grande thanks her for coming, and in turn, Perry offers comfort to the singer, whose life has forever been changed by the initial act of terror and resulting response of love.

Check out the full video below and experience the One Love Manchester concert in a totally new (and incredibly touching) way.

What’s your favorite part of this behind-the-scenes glimpse at the One Love Manchester concert? Let us know @BritandCo!