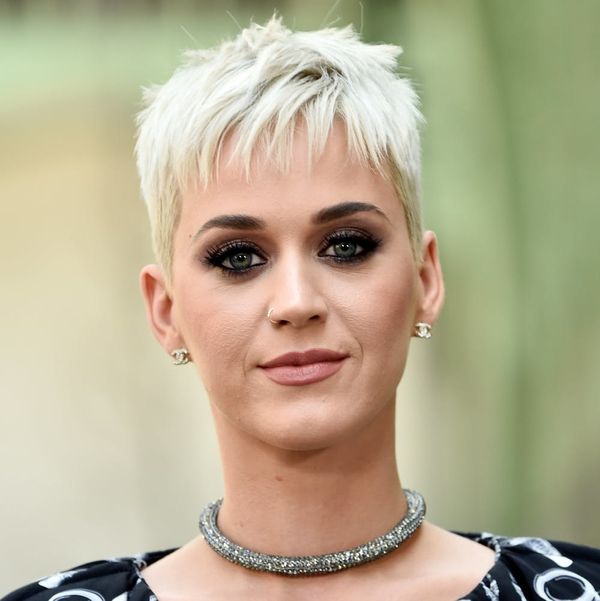 Katy Perry is having a pretty tough time lately. First, Taylor Swift dropped her long-awaited new single on the very same day Perry released her latest video. Then, the “Swish Swish” singer’s ex, Russell Brand, got married just a day before Perry was about to host the MTV VMAs. And now, Perry is being sued after a stagehand who worked on her Prismatic World Tour lost a toe. Yikes!

Stagehand Christina Fish claims that while working at a 2014 Perry concert in Raleigh, North Carolina, she was asked to help move a wall which first became stuck and then rolled over her toe, causing her shoe to fill with blood. Fish says that she was offered ice, but that no one called an ambulance. Fish ended up having a friend pick her up and take her to the ER.

Though the injury at first looked like the WORST bruise you’ve ever seen on a foot, Fish’s big toe soon became gangrenous and was eventually amputated. Fish explains in the lawsuit that she was not only unable to use her foot for months, but she also suffered emotional distress because she had to live with a “dead toe” for an extended period of time before doctors decided to amputate.

TMZ published photos that documented Fish’s injury throughout her ordeal and, TBH, it took a lot of preparation for us to look. But we did. And now we wish we hadn’t. *OUCH!*

Fish is now suing Perry, Live Nation (who ran the tour), and a number of stage production companies for a large sum of money (though there’s no info on exactly how much).

Whatever ends up happening with the lawsuit, perhaps the “Bon Appetite” singer might want to introduce some stiffer safety standards on her next tour. We’re thinking steel-toed boots for everyone.

Do you think Katy Perry should be held responsible for an accident that happened during her tour to a member of her crew? Let us know @BritandCo!

Desiree O
Desirée O is a ‘Professional Bohemian’ who loves anything and everything related to the arts, entertainment, and pop culture. She ADORES being a ‘Newsy’ for Brit + Co, covering all of the latest tidbits of awesomeness that you want to read about. When she’s not writing, she’s either making messy art, going on long adventurous walks with her camera, or poking around over at bohemianizm (http://www.bohemianizm.com/). You can find out about Desirée O and her work at http://DesireeO.com/ or follow her on Twitter @DesireeO.
Controversy
Celebrity News
Controversy Katy Perry
More From Celebrity News