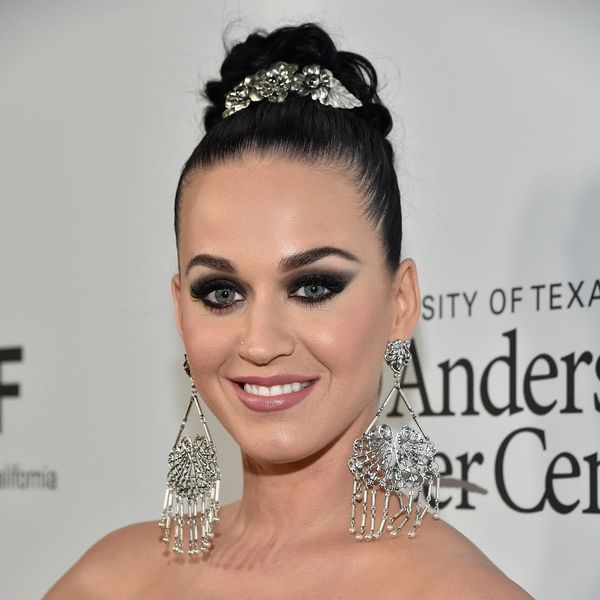 While one fan of Katy Perry was recently shocked by the news that he hasn’t been secretly dating Katy Perry for the past six years (to which she responded with a sweet and sorta ambiguous way), another fan just got the surprise of a lifetime. Get ready for some happy tears, because this is going to give you ALL of the feels.

A victim of the Orlando nightclub shooting, Tony Marrero found strength in Katy Perry’s music while healing after the tragic event. In particular, her song “Rise” was the inspiration he needed in such a difficult time.

When he appeared on Ellen to discuss his struggle as well as his love for Katy Perry’s music, the singer decided to step out from backstage and give Tony a truly happy surprise. It was an emotional moment for those on stage, those in the audience and those viewing the video — so watch it, love it and give yourself a few minutes for a good ugly cry.

Know anyone who would absolutely love this? Be sure to tag them @BritandCo!

Desiree O
Desirée O is a ‘Professional Bohemian’ who loves anything and everything related to the arts, entertainment, and pop culture. She ADORES being a ‘Newsy’ for Brit + Co, covering all of the latest tidbits of awesomeness that you want to read about. When she’s not writing, she’s either making messy art, going on long adventurous walks with her camera, or poking around over at bohemianizm (http://www.bohemianizm.com/). You can find out about Desirée O and her work at http://DesireeO.com/ or follow her on Twitter @DesireeO.
Katy Perry
Pop Culture
Katy Perry