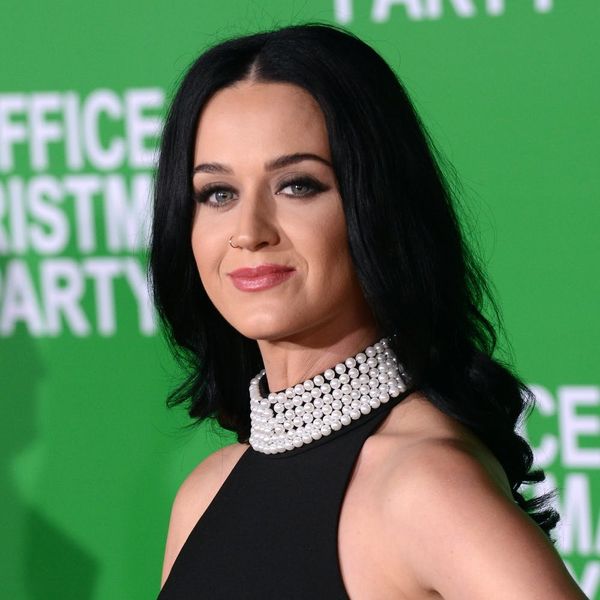 Katy Perry may know how to get a little silly around the holidays (it seriously looks like Orlando Bloom is in for some trouble), but she’s also well aware of what’s going on outside of the Hollywood bubble. Incredibly active and totally vocal when it comes to her strong (and heartfelt) beliefs, Katy is also showing off some of her Christmas shopping and it’s (in her own words) “woke AF.” But, frankly, not everyone agrees.

Though Katy could surely afford to buy jewels and cars and all of the luxe presents that her bumpin’ budget has to offer, she instead decided to put her money to better use.

When your holiday shopping is woke af ❗️ @blklivesmatter www.merchforthemovement.org

Posting a pic to Instagram showing a box filled with Black Lives Matter shirts, she added the caption, “When your holiday shopping is woke af ❗️ @blklivesmatter www.merchforthemovement.org.”

Though plenty of peeps took the opportunity to unleash hate on both the #BLM movement and Katy’s choice to publicly support it (especially as a rich white woman), others were more willing to see the bright side, leaving comments like, “Salute to you thanks for the support!!”

What do you think about Katy Perry’s Black Lives Matter presents? Tweet us @BritandCo!

Desiree O
Desirée O is a ‘Professional Bohemian’ who loves anything and everything related to the arts, entertainment, and pop culture. She ADORES being a ‘Newsy’ for Brit + Co, covering all of the latest tidbits of awesomeness that you want to read about. When she’s not writing, she’s either making messy art, going on long adventurous walks with her camera, or poking around over at bohemianizm (http://www.bohemianizm.com/). You can find out about Desirée O and her work at http://DesireeO.com/ or follow her on Twitter @DesireeO.
Katy Perry
Celebrity News
Katy Perry