Keeping Up With the Kardashians Recap: Kim, the Activist 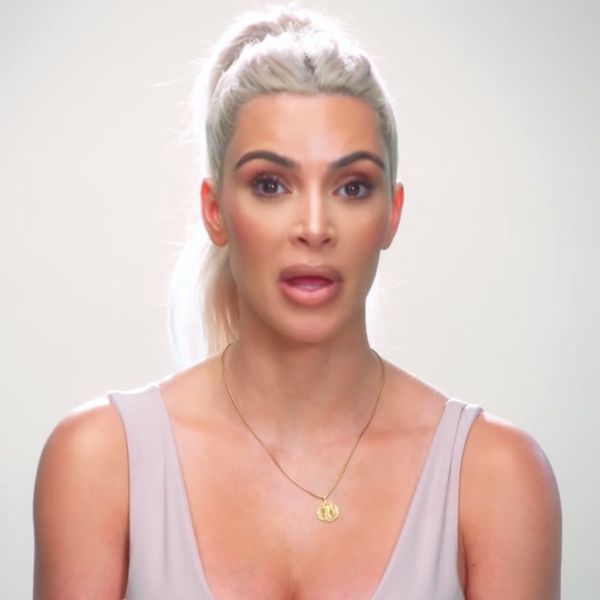 On this very special episode of Keeping Up With the Kardashians, successful businesswoman and surrogate hider Kim becomes very concerned with the homelessness epidemic in Los Angeles and resolves to help in every way she can. Good on you, Kimberly. After all, you did make $10 million in a day on gardenia perfume and it would be good to give some of that back to your community.

This is serious Season 14 MVP propaganda right here as Kim tries to prove herself to be the most well-rounded and thoughtful of the Kardashians. She grows an empire, she helps the homeless, she wears bike shorts on the red carpet. She does it all!

Of course, an episode-length documentary on Kim’s homelessness education might be a little bit too off-brand, so a fluffier Kris dictaphone story is peppered throughout. Khloé gives Kris a hard time about not remembering that they are having a family barbecue. Kris realizes that as she’s getting older, she’s getting more forgetful and needs a way of recalling what she has said, so naturally, she hires personal scribe Madhvi to roll around in a chair typing everything Kris says on a Lenovo ThinkPad. Glad Lenovo is now a proud sponsor of the Kardashians.

Khloé, meanwhile, has to ruin this for Kris by casually dropping embarrassing information about Kris’s bodily functions and abusive tendencies so that it will go on Madhvi’s record. Kris laughs along but lets the other girls know that she’s hurt by Khloé not taking this professional move seriously. Of course, Kris also feels the need to get back at Khloé and, during a family meal, brings out a slew of medications for everything from colon problems to, errrrm, dryness, to gross out Khloé on the record. Kris eventually determines that she only needs a scribe when she’s in meetings. Harrowing stuff.

But Kim’s activist journey is the real story here. Kim and Khloé visit a mission where homeless women share their stories. Already the show takes a questionable approach to shedding light on the homeless epidemic by only showing women who are “surprisingly” homeless. But what can Kim do to help these model homeless citizens of the homeless capital of the nation? She realizes that one person alone can’t fix things.

Through exhaustive research that she almost certainly did by herself, Kim discovers a city councilwoman who is directly dealing with homelessness and trying to make a change. Nury Martinez takes Kim to an encampment where she bravely walks among the downtrodden in their tent city. She’s not afraid to get her white sweatpants dirty as she sees firsthand what it’s like to live in squalor. What a trooper!

Kim’s assistant Stephanie tells her about Alexandria House, a transitional house for homeless women. Kim finally realizes how she can do her part to help end homelessness: Pamper them! Along with some practical financial planning and resume building services, Kim gives the women some highly valued KKW Beauty products! I really hope these homeless women are grateful now that they’ll know how to contour. Kim has done so well here on her first steps to ending homelessness and I can’t wait to see a whole season where she attends rallies, petitions her local and state government, and erects a building in downtown Los Angeles with big bold letters that say, “Home(less), a Shelter by Kim Kardashian West.” What inspiring times we live in.

Tell us what you think of this episode on Twitter @BritandCo.