“Keeping Up With the Kardashians” Recap: There’s No Pepsi in Cleveland 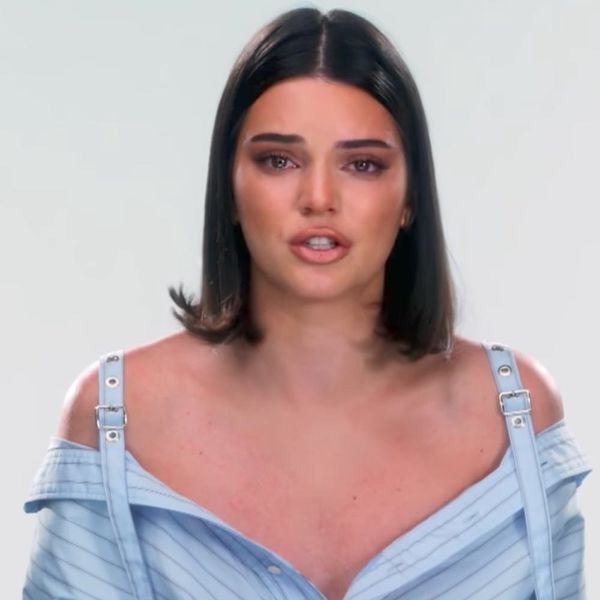 After nearly four months, Keeping Up With the Kardashians is finally back for Season 14, and boy, are we better off as a nation because of it. Celebrating 10 years (!) since the show’s debut, it’s possible that we need this striking clan of entrepreneurial women now more than ever.

Season 13 MVP Khloé is ready to show her sisters a good time in her second home, Cleveland, but first, it’s time for the most outlandish and totally necessary skincare routine. Kourtney and Khloé do caviar masks in an oxygen bubble as Kendall faces the fallout for her very unfortunate Pepsi commercial. As much as this insane skin treatment is the story of the year for some of us, Kendall’s tone-deaf televised soda sharing is the big plot point here. Kendall says that she was excited to follow in the footsteps of Michael Jackson, Britney Spears, and Beyoncé and is now caught in a whirlwind of negative attention when her intentions were good.

Meanwhile, Caitlin continues to distance herself from the Kardashians while expecting them to still have a relationship with her, and the family is not pleased with the final version of her memoir. Kim says that Caitlin showed her a different version of the book with many details edited out. The final printed version reveals things the family didn’t know, like that Caitlin has gone through with her gender confirmation surgery. Caitlin also claims that Robert Kardashian was always convinced of OJ Simpson’s guilt in the Nicole Brown Simpson/Ron Goldman murder trial. Kim does not mince words: “Caitlin is a bad person.”

Much as she’d like to never speak to Caitlin again after showing more patience than her sisters, Kim feels the need to run interference as Caitlin goes on a book tour during Kendall’s Pepsi fiasco. Kim asks that Caitlin not bring up the commercial and keep comments to a minimum if asked about it and then fakes that she has bad cell service in Cleveland so she doesn’t have to stay on the phone with Caitlin. That was kold, kool, and kalculated, Kardashian.

Khloé, Kim, Kourtney, Malika, and Khadijah arrive in Cleveland. In a game of “Truth or Truth,” Khloé is asked when she wants to have a baby with Tristan. She responds that they will have a baby sometime in the next 70 years. Not untrue!

As Kim and Kourtney walk through Khloé and Tristan’s house, it becomes clear that Khloé is settling in Cleveland and that it is as much her home, if not more, than Los Angeles. At an indoor amusement park (seriously, that’s all you got, Cleveland?), Kourtney and Kim see the joy that Khloé experiences daily and know that it’s okay to leave her in Cleveland. If you love something, let it go, ladies. If it doesn’t come back, do Khloé, Kim, & Kourtney Take Cleveland.

Back in Los Angeles, Kendall visits Kim to get advice on the eternal Pepsi drama. Everyone tells her it will blow over in a week but it has been three weeks and there’s no end in sight, particularly after Caitlin brings it up during her book tour. Caitlin! Kim told you no! Goodness, Kendall, all of this could’ve been avoided had you remembered that only weird people in the northeast drink Pepsi. Real Americans drink Coke. Coke also, not at all coincidentally, rhymes with “woke.” Lesson learned, right?

Kim offers Kendall some generic reassurances that everything will be okay, as Kendall cries that she’s so sorry people were offended. Yeah, Kendall’s learning no lesson here but her journey to redemption will undoubtedly make a compelling story arc.

With Season 14 here, it is unclear who is MVP because these women are doing so well! Khloé continues to nurture while finally discovering the power of self-love. Free for the most part from Scott drama, Kourtney is vibrant and recapturing a youth she may not have experienced as a young mother in a turbulent relationship. And Kim. Kim! She continues to work through the traumas of her robbery and Kanye’s meltdown, never repressing and always moving forward. Her pragmatic approach to the Caitlin and Kendall dramas gives her the MVP edge this episode. I hope you’ll continue to watch these brave Kardashians with me as I spend the whole season agonizing over who is the most inspiring.

What did you think of last night’s episode? Tell us @Britandco!