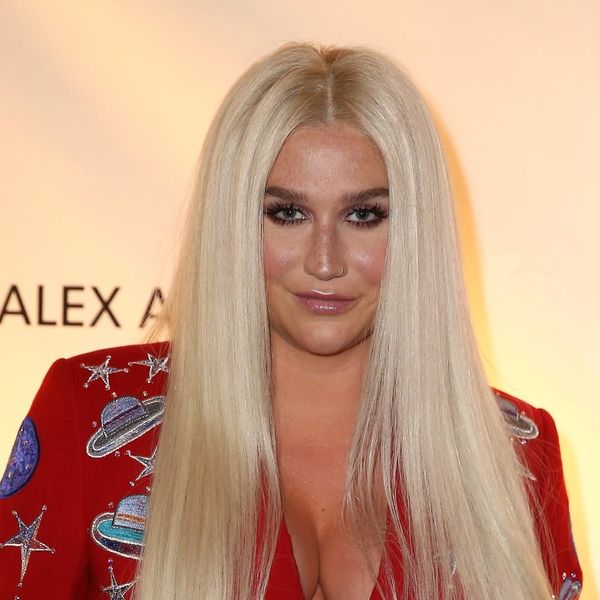 Watching Jerry Seinfeld refuse to give Kesha a hug despite multiple requests was as cringe-worthy as we could’ve imagined. While we respect his right to boundaries — seriously, he doesn’t have to hug *everyone* who requests an up-close-and-personal embrace — it was still one of the most awkward celeb-on-celeb moments we’ve EVER seen. And now Kesha has admitted that she was left a little scarred by the rejection.

“I instantly was like, ‘Oh, f*ck me.’ I somehow ended up in my very own mini episode of Seinfeld,'” she joked to Hits1 Hollywood, adding, “He’s not a huggy guy, that’s fine.… I shoulda known better, I’ve seen the hugging episode!” She also said the sitch, which left her “hug traumatized,” almost convinced her to make a major change when it comes to the way she meets and greets people she doesn’t know.

“I had a moment to myself where I was like, ‘Wow, maybe I should stop trying to hug everyone and like, attack them,'” she admitted. Ultimately, though, she shrugged that off. “Then I was like, f*ck that, no, I like hugging, hugging is magical, hugging is beautiful. It’s this beautiful exchange of wonderful soul energy. Like, I accept you, and it’s just like this beautiful connection.”

Granted, hugging can be magical and beautiful… *if* BOTH people involved are into that kind of connection. Otherwise, it might be best to keep your hugs to yourself.

What do you think about Kesha’s hug-related opinions? Let us know @BritandCo!