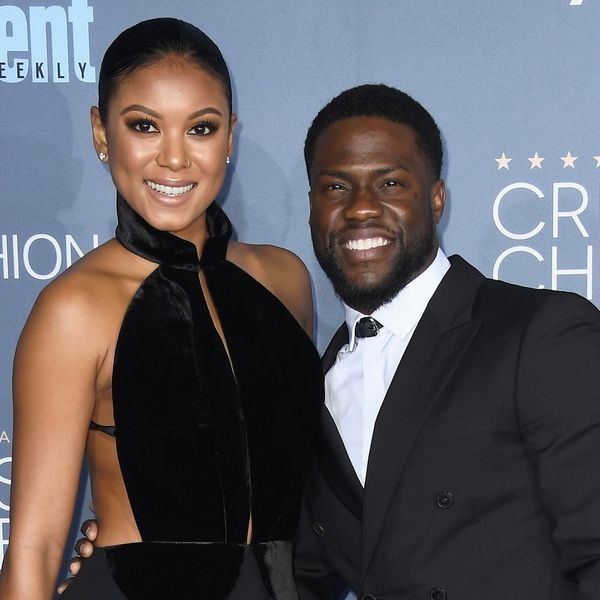 Kevin Hart and wife Eniko Parrish have been excitedly sharing their journey of expecting their first child together, and in the early hours of Tuesday morning, Hart let his fans know that the baby had arrived — and that he already has an adorable name.

“Kenzo Kash Hart was born at 1:45 am,” the actor tweeted. “He is healthy and already smiling. Thank you all for your prayers!!!! We love and appreciate ya.” He signed the message with a hashtag for his family: #Harts.

This is the first child for Hart and Parrish, who married in a beautiful ceremony in August, and the third overall for Hart. Little Kenzo will join big sister Heaven, 12, and brother Hendrix, 10, Hart’s children from a previous marriage.

dear kenzo,🦋 you’re now 40 weeks, and 3 days past your due date! i know you’re quite comfy and warm in there..but it’s time! 🤗 even though we don’t have any control over when you decide to make your debut we just want u to know that we are ready for you any day now baby boy, it’s time to meet your parents! We love you.. 👶🏽♥ #SpeakitintoExistence ✨ #AllOnGodsTiming #HappySunday🙏🏽

Just yesterday, Parrish shared an Instagram photo of her past-due baby bump and sent some encouraging words to her little one: “Even though we don’t have any control over when you decide to make your debut we just want u to know that we are ready for you any day now baby boy, it’s time to meet your parents!”

Seems like he was listening. Congrats to the happy family!

What do you think of little Kenzo’s name? Let us know @BritandCo!