KFC Will Scan Your Face and Tell You What to Order 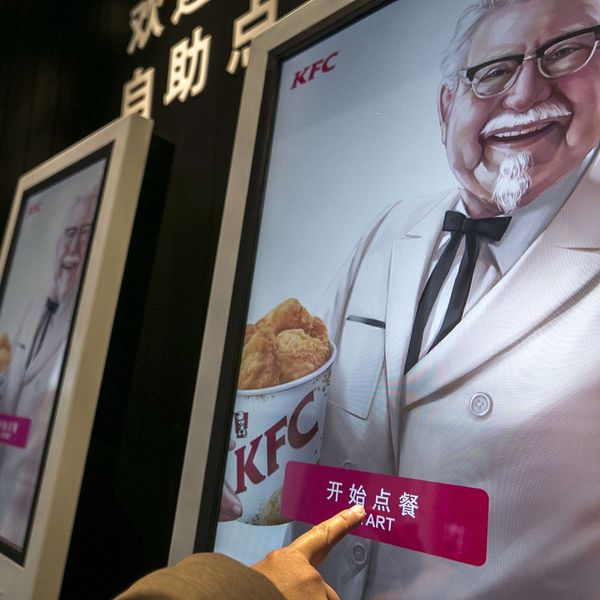 If you’ve ever dreamed of having a place like Cheers in your life (“where everybody knows your name”), robots could quickly be making your dream a reality. Baidu — which is sometimes referred to as “Google’s China” — just opened a super-smart restaurant in Beijing in partnership with KFC that scans customers’ faces and not only remembers them, but will offer suggestions of what they should order.

In a press release, Baidu said that the system would recommend “a set meal of crispy chicken hamburger, roasted chicken wings and Coke for lunch” to a guy in his early 20s while a woman in her 50s could get a recommendation of “porridge and soybean milk for breakfast.” It’s absolutely perfect for those indecisive orderers to whom everything on the menu looks good. But if you’re a regular who knows exactly what you would like every time you walk into a KFC, the system will remember you and make it super fast and easy to reorder “the usual.”

If you’re eager to try it out, you’re either going to have to book a flight to Beijing or just be patient. The system is only in one test restaurant in China for now, and it is unclear whether or not KFC has plans to expand. Although that’s not to say real, human employees aren’t as good as robots at facial recognition — we’re pretty sure it’s crystal clear on our faces every time we walk into a KFC that we are there for the biscuits and the biscuits alone.

Would you trust a computer with your order? Let us know @BritandCo!

Cailey Rizzo
Cailey is a junkie for all things pop culture. She studied journalism and English literature at SUNY Purchase, then continued studying French cinema and literature at Paris IV Sorbonne. She currently lives in New York where she can often be found singing '70s music at karaoke bars.
Fast Food
Tech
Fast Food Tech News