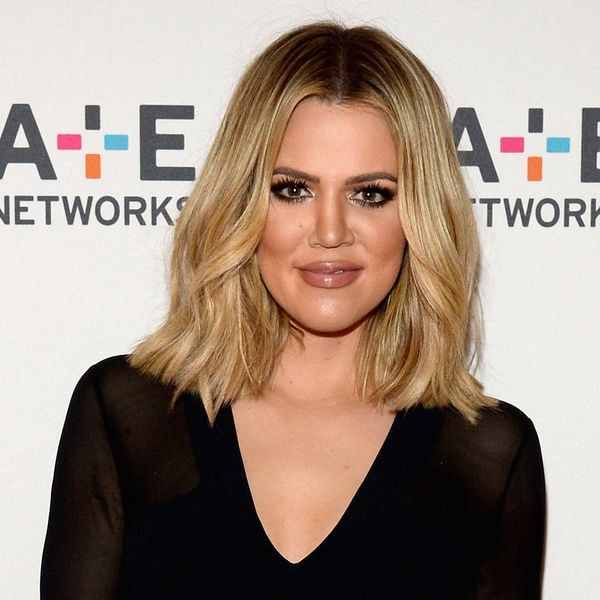 Keeping Up With the Kardashians isn’t for everyone — even the stars of the show know that. It may not be suitable for younger viewers, in particular, which is why Khloé Kardashian’s baby girl won’t be allowed to watch the reality TV series until she’s much, much older.

After getting the surprising news that she’s expecting a girl on Sunday night’s season finale of KUWTK, the 33-year-old first-time mom hopped onto her website to ponder her daughter’s future.

“I can’t believe I’m having a girl! It was such a special moment and I’m so happy I got to share it with you guys,” Kardashian wrote. “My team put together this fun fill-in-the-blank game for me about what I hope for my little one when she grows up.”

One question included in the game was directly related to the family’s main claim to fame: their long-running, wildly popular reality TV show. While we don’t know yet if the new arrival will be featured on KUWTK, we do know that the little one won’t be seeing the show anytime soon.

In fact, the newest member of the KarJenner crew will have to wait YEARS until she gets to watch her relatives in action on screen, because according to Kardashian, her daughter won’t be allowed to watch the show until she’s 13 years old.

We have to wonder if KUWTK will still be on the air or in reruns a decade and a half down the line.

At what age would you let your kid watch KUWTK? Let us know @BritandCo!

Desiree O
Desirée O is a ‘Professional Bohemian’ who loves anything and everything related to the arts, entertainment, and pop culture. She ADORES being a ‘Newsy’ for Brit + Co, covering all of the latest tidbits of awesomeness that you want to read about. When she’s not writing, she’s either making messy art, going on long adventurous walks with her camera, or poking around over at bohemianizm (http://www.bohemianizm.com/). You can find out about Desirée O and her work at http://DesireeO.com/ or follow her on Twitter @DesireeO.
Kardashians
TV
Kardashians TV