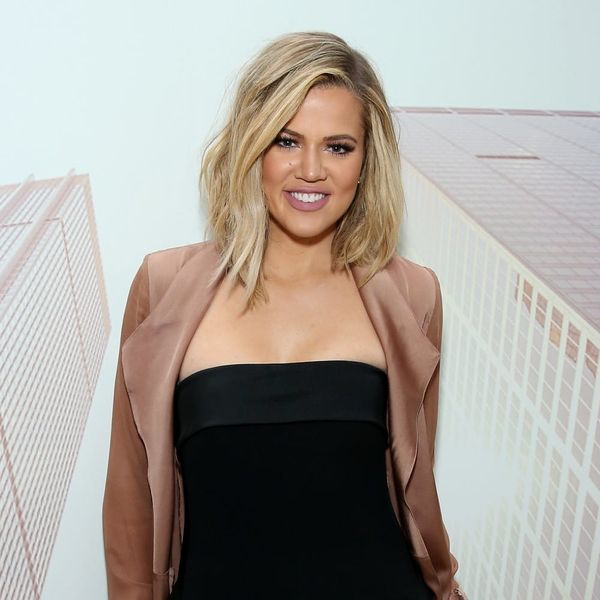 This October marks the 10th anniversary of Keeping Up With the Kardashians, and to commemorate the occasion, the family is looking back on how they built their unexpected empire. Khloé Kardashian reflected on their decade of reality TV stardom in an essay for Glamour, and revealed two things she wishes the family had kept private.

“Not every episode is juicy to us; it’s only juicy to the audience. Things like Kim [Kardashian]’s robbery or Caitlyn [Jenner]’s transition? That’s the kind of stuff we wish we had never filmed,” the 33-year-old wrote. She added that when it comes to the serious or sensitive aspects of their lives, “We aren’t ever like, ‘Oooh! Let’s do this for season nine.'”

Sharing their lives almost isn’t a choice at this point. “It’s funny — when we decide not to shoot things, people feel slighted,” she wrote. “But when we film too much, they’re like, ‘Oh, you never should have filmed that.’ It’s a catch-22.”

It’s finally time to hear the full story from Kim herself. #KUWTK is all-new with details about the robbery next Sunday, March 19 only on E!

She went a little deeper into the situation around Caitlyn Jenner’s transition. “We can’t deal with things in a normal period, like normal people,” she told Glamour of how publicly everything played out. “We have to kind of brush ourselves off and move on.”

And moving on isn’t always easy. During her divorce from Lamar Odom, Kardashian dealt with the stress and heartbreak — as well as the added media scrutiny — by turning to alcohol. “That was a really, really hard time for me. It was the first time I had received really negative attention,” she recalled to the magazine. “I’ve never been a party girl, but [drinking] is something I turned to. I was probably drunk while we were filming season nine.”

Look back on a decade of laughter, love, fights, and family. The new season begins with the #KUWTK 10th Anniversary Special on September 24th, only on E!

Be sure to catch up on a decade of Kardashian-Jenner drama with the Keeping Up With the Kardashians 10-Year Anniversary Special airing on E! Sunday, September 24.

Would you ever let someone film your life for TV? Let us know @BritandCo.