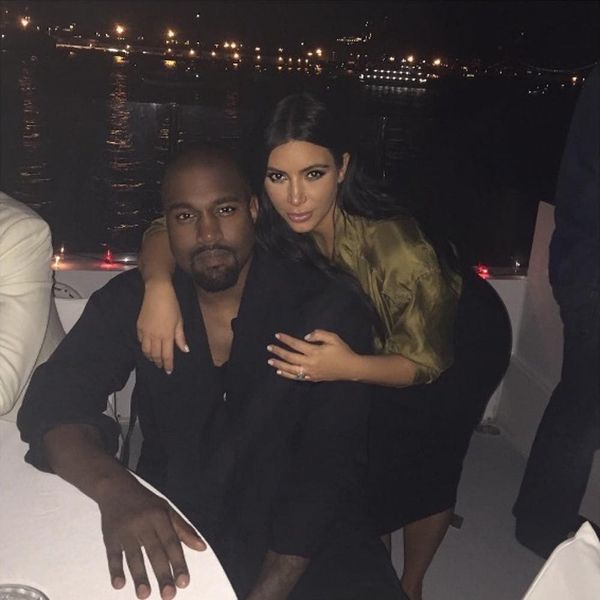 When Kanye West strolled into Trump Tower yesterday and posed with the controversial President-Elect, folks were left wondering WTF was up. Although Kanye tried to explain the motivation behind the meeting, most people weren’t impressed. In fact they were downright fuming. But Kanye’s wife Kim Kardashian, who’s been dealing with his current, er, situation as best as she can, had a surprising reaction to Kanye’s meeting with Trump.

Perhaps the most surprising thing about Kim’s reaction is that she wasn’t surprised at all. Although, after being married to Kanye for over two years, perhaps she’s used to his antics by now. But that doesn’t mean she’s cool with it.

A source told Us that Kim “respects her husband” despite the fact that Kanye publicly voiced his support for Trump (though he didn’t vote) and Kim is a vocal Clinton supporter.

As for Kanye’s meeting with Trump, Kim was apparently one of the few people who knew it was happening ahead of time. “Kim knew Kanye was coming on this trip. She’s not surprised by this,” the source explained. “Kim knew that Kanye supported Trump. Kim and Kanye definitely differ on their opinions obviously, since she voted for Hillary.”

Kim may not be surprised by Kanye’s political leanings (and ambitions?), but still: awkward!

At this point, are you shocked by anything Kanye does? Tweet us @britandco!