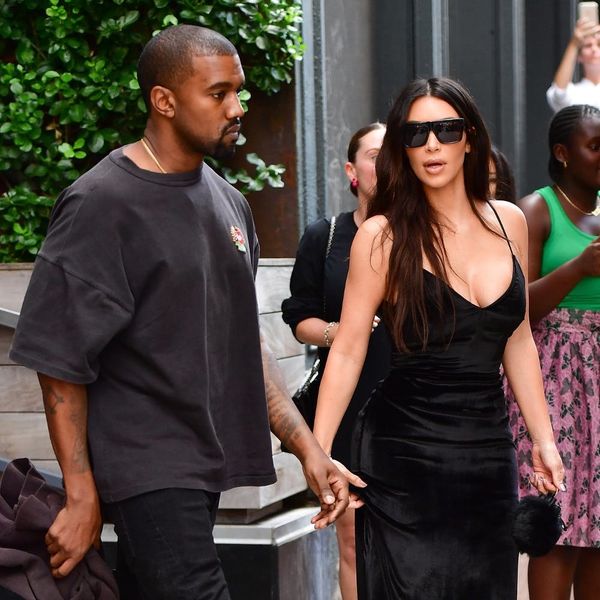 Kim Kardashian has been very open about the struggles she’s facing when it comes to getting pregnant again, but now, as she thrills fans with the news that she’s launching a kids clothing line with her hubby, Kanye West (with little North modeling the outfits, natch), she may have also revealed that she’s trying to have another baby.

When Kim jumped onto Twitter to interact with folks who were psyched about her new kiddie clothing line, one particular fan felt like this was enough to inspire some brand-motivated breeding.

RT fi you're getting pregnant in time for the Kim + Kanye kids line launch.

That’s right! Kim herself RT’d the tweet that told folks to RT it if they were getting pregnant. There’s even an emoji with a raised hand. Eee!

Granted, Kim could’ve just really liked the tweet and felt like sharing it with her fans. Or, perhaps she’s giving us a hint about her own baby intentions. If Kim plans to use a surrogate, as she’s considered in the past, then a baby may be on the way without us having any clue at all. And with Kim’s newfound need for added security measures stemming from the robbery she suffered in Paris, we could totally see her keeping this a semi-secret for the time being.

Do you think Kim and Kanye will be having a third baby sometime soon? Tweet us @BritandCo!