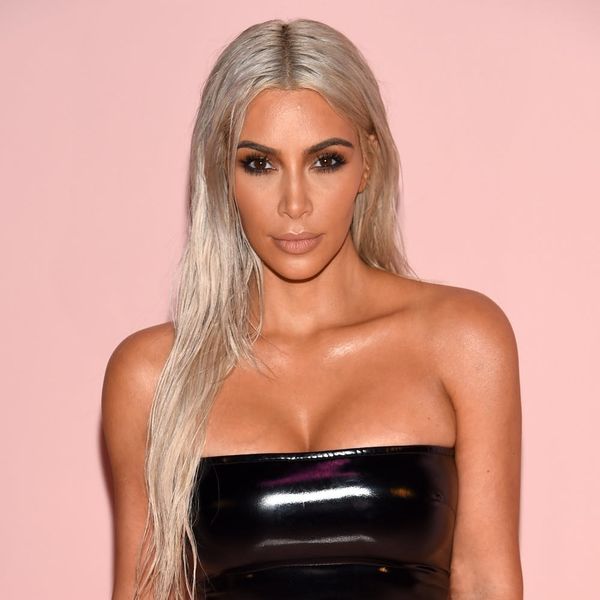 Don’t underestimate sentimental value. In a new cover story for Allure, Kim Kardashian West reveals the prized possession she received from daughter North West, and how that small token of love has helped her through some difficult times, including her armed robbery in Paris just a little less than a year ago.

In the feature, Kardashian West revealed that she was anxious about traveling even before her trip to Paris for Fashion Week last October. In the wake of multiple terrorist attacks in the French capital, she was so scared of going overseas that she sought therapy for anxiety. Her daughter, North, sensed her fears and did something for her mom that remains part of Kardashian West’s life to this day.

“She gave me a little plastic treasure box, and she put her little jewels in it — like fake little plastic jewels — and she was like, ‘Mommy, this will keep you safe when you go to Paris,'” the KKW Beauty founder recalled. “To have something really sweet like that is more important to me than all the jewelry.”

“We don’t do gifts. Kanye and I talk about it all the time, about not getting too much and trying to be as grounded and well rounded as possible," she reveals. “We just did absolutely nothing for our anniversary. We spent two days in Santa Barbara, and we slept.” Then she remembers: “You know what? I think we went to IHOP. That’s what we did.” Tap the #linkinbio to read our very, very personal cover story with #KimKardashianWest. Photo: @studio_jackson Fashion stylist: @bethfenton_ Hair: @garrennewyork Makeup: @patmcgrathreal Manicure: @ricaromain Set design: #GerardSantos

In fact, Kardashian West said she doesn’t even “like presents” anymore. “[Kanye and I] talk about it all the time, about not getting too much and trying to be as grounded and well rounded as possible,” she told Allure. “We just did absolutely nothing [for our anniversary]. We spent two days in Santa Barbara, and we slept. You know what? I think we went to IHOP. That’s what we did.”

In an accompanying video, the reality star also spoke about women’s rights and equality, saying, “I don’t really live by society’s ideals, so what I would hope is that women are equal. Equal in every way.” She expressed frustration, though, that women don’t have rights over their own bodies and lamented “moving backwards when we’ve come so far.”

As she looks toward her kids’ future, she hopes to teach North and Saint some of the things her mother taught her, like “how to throw a party and how to keep a home.”

We’d be into learning those KarJenner secrets ourselves.

What’s the best sentimental gift you’ve ever received? Share it with us @BritandCo.