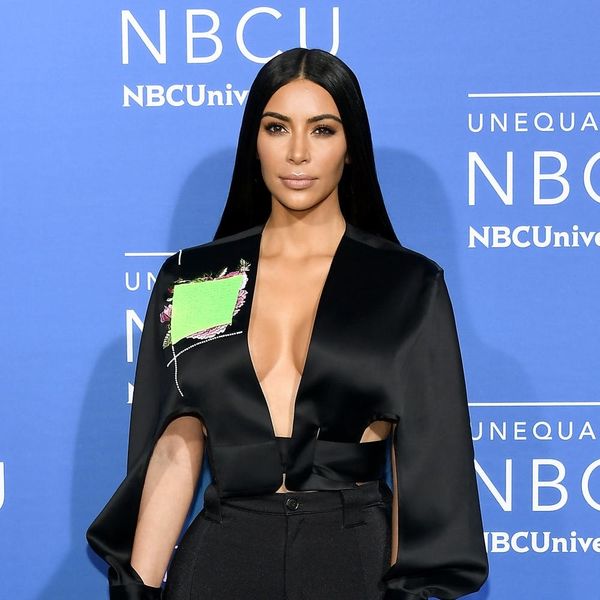 Kim Kardashian West has done some pretty unique things in her 36 years on this planet, including running her own lifestyle site, earning mega bucks just by posting on social media, and regularly breaking the internet with her nude selfies. And apparently she can add “doing karaoke with former President Barack Obama” to that list too.

During a round of “Fishing for Answers” with The Hollywood Reporter to celebrate 10 years of their super successful reality show, the Kardashian-Jenner sisters (Kendall, Khloé, Kim, Kylie, and Kourtney) and momager Kris revealed a few things that might surprise even longtime fans. Among the revelations? The weirdest rumor they’ve ever heard about themselves (hint: It involves Scott Disick) and which family member throws the best party (there’s plenty of disagreement there).

The Kardashian decade: How a sex tape led to a billion dollar brand. 10 years after @KUWTK premiered, the stars and producers of the megafranchise (nine TV spinoffs, hundreds of millions of dollars earned) reveal the secrets of its improbable explosion into the zeitgeist. Hit the link in profile for more. Photo: @millermobley

One of the questions was about go-to karaoke songs, and although Kim has only done karaoke once, she had a pretty epic story about it. “I’ve done karaoke one time—” she began, at which point her sisters quickly interrupted, asking, “What did you sing?” and exclaiming, “I could NEVER see you doing that.”

Kim agreed, saying she “could never sing.” But like many karaoke outings, Kim’s once-in-a-lifetime experience was more about the company than the music.

Kim Kardashian on the possibility of a third child with Kanye West, reportedly via surrogate: "There have been a lot of things said and Kanye and I have not confirmed anything. We're definitely trying. We are hoping so." Photo: @millermobley

“It was so cool,” she shared, revealing that her karaoke debut involved a very intimate crowd. “It was with Obama, Kanye, and maybe, like, 15 people. And it was insane.”

Though she didn’t give any other details, Kylie summed up what plenty of us are probably thinking about our own best karaoke stories. “Well, that beats my karaoke,” she quipped.