Kit Harington Shaved His Beard and Fans Are Freaking Out 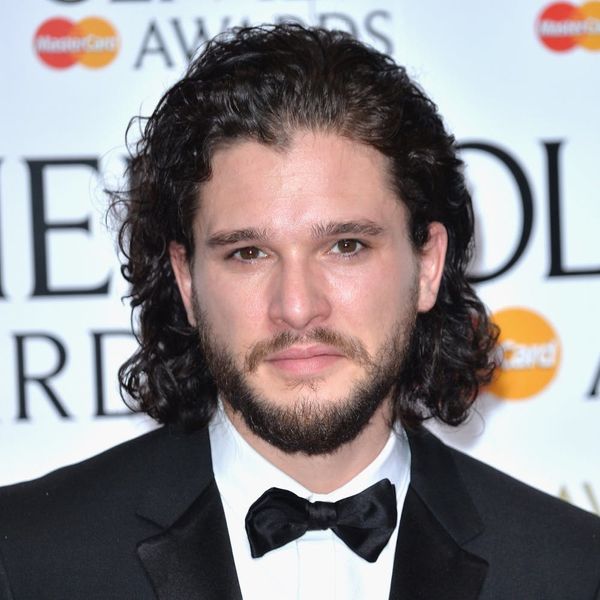 We’re still well into the beard-lovin’ trend for fellas (yay!), some letting a little stubble come through and others choosing to grow epic Viking-like facial hair. Some of the hottest celebrities have become even hotter by letting their beards grow out while others were introduced to us with faces that looked like sexy lumberjacks and gorgeous medieval fantasy characters. Case in point: Game of Thrones’ Kit Harington.

GOT’s very own Jon Snow showed off a clean-shaven look this week while in London for his appearance in the play Doctor Faustus. Ditching his signature (and oh-so-hot) beard, his fresh face shocked hardcore fans.

With smooth skin and his curly hair pulled back, the 29-year-old actor who has become a fan favorite is almost unrecognizable at first. Partying with pals who were taking pics of the fun, shots popped up on Twitter of Kit’s new look.

While some are totally into it…

Even without his beard, Kit Harington is perfect

…others just aren’t sure…

Nope nope nope. Kit Harington, you look hotter and sexier with a beard. You look like some…idk without it 😭

…and there are those who are just downright devastated.

Whether you like it or not, just remember, he can always grow it back.

Do you think Kit looks better with or without his beard? Tweet us @BritandCo!

Desiree O
Desirée O is a ‘Professional Bohemian’ who loves anything and everything related to the arts, entertainment, and pop culture. She ADORES being a ‘Newsy’ for Brit + Co, covering all of the latest tidbits of awesomeness that you want to read about. When she’s not writing, she’s either making messy art, going on long adventurous walks with her camera, or poking around over at bohemianizm (http://www.bohemianizm.com/). You can find out about Desirée O and her work at http://DesireeO.com/ or follow her on Twitter @DesireeO.
Game of Thrones
Celebrity News
Game of Thrones
More From Celebrity News