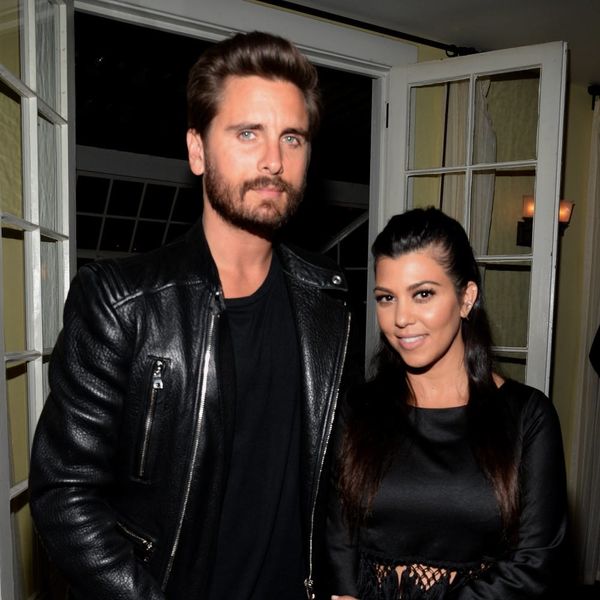 Scott Disick has prompted plenty of raised eyebrows during his recent Cannes trip, which even saw Bella Thorne and Chantel Jeffries caught up in the non-stop partying and ever-buzzing rumor mill. And while fans may have assumed that Disick’s ex and baby-mama, Kourtney Kardashian, wouldn’t be pleased, it turns out that she apparently has no problem with his current wild ways. Or so *he* says.

Giving Us Weekly the insider deets while making an appearance at LIQUID Pool Lounge and 1 OAK nightclub in Las Vegas on Saturday, the 34-year-old claims that despite buzz that things haven’t been perfect between he and his ex, he denies that his European vacay has caused tension between the two.

He instead says he’s focused on his kids, seven-year-old Mason, four-year-old Penelope, and two-year-old Reign. “Every day is a new adventure and just being present and watching your kids grow is a pretty amazing thing… and, you know, people say it goes by quick, [and] they really aren’t kidding. It really does. I can’t even understand how my kids have grown so much, so quick, and they’re so smart and adjusted… Being a dad is a pretty cool thing.” Definitely cool. Perhaps even cooler than Disick’s current controversial lifestyle.

What do you think about Scott Disick’s claim that his behavior ISN’T causing issues with Kourtney Kardashian? Let us know @BritandCo!