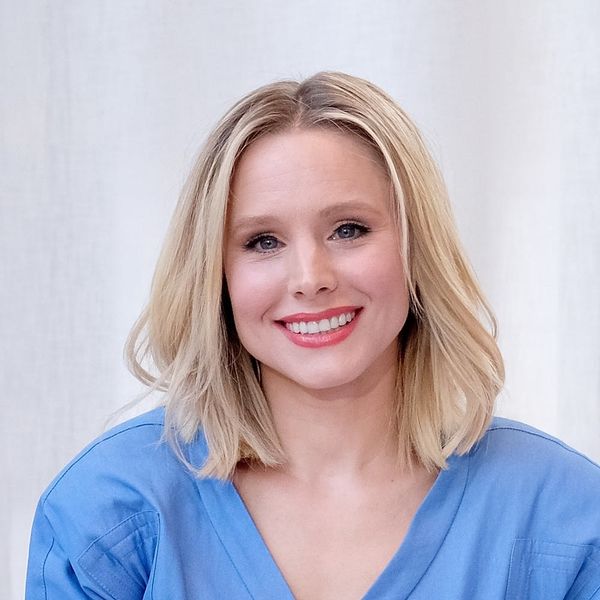 When it comes to the weather, there’s no such thing as social status. A natural disaster doesn’t care about celebrity, bringing equal havoc to all in its path. As Florida braces for what promises to be a potentially devastating impact from Hurricane Irma, one star in particular just so happens to be in the storm’s current line of fire, stocking up on supplies just like everyone else: Kristen Bell.

The actress, who’s been in the area to shoot her newest film, Like Father, is hunkering down in Orlando after a failed attempt to evacuate from Fort Lauderdale. Still, the 37-year-old remains level-headed, updating fans on her preparation status.

Last run to the store for #irma hurricane holdover prep while bracing down in orlando- we didn't have the option to leave so here we are. Just doing our best and trying to stay positive but cautious, and trying to help those who need help prepping. Every person i passed today was assisting someone else- #neighborshelpingneighbors - it was beautiful to see. Sad that a hurricane has to bring out the best in everyone- but happy that the community will be holding hands through this. Im grateful to Gary and the team at @swandolphin in epcot for helping us feel safe while we get through this together.

“Last run to the store for #irma hurricane holdover prep while bracing down in Orlando — we didn’t have the option to leave, so here we are,” she wrote. “Just doing our best and trying to stay positive but cautious, and trying to help those who need help prepping.”

On the bright side of things, the Olaf’s Frozen Adventure actress says she’s already seeing plenty of people coming together to help one another. “Every person I passed today was assisting someone else — #neighborshelpingneighbors — it was beautiful to see. Sad that a hurricane has to bring out the best in everyone, but happy that the community will be holding hands through this.”

As Josh Gad (AKA the voice of Olaf) shared, the mommy of two is certainly doing her part: She was able to use her Disney connections to get his family, who lives along the Southern coast, a last-minute hotel at Walt Disney World’s Swan and Dolphin Resort in their time of need.

So @kristenanniebell literally saved my parents and my entire family tonight from #hurricaneirma . When they were stranded in Florida, she got them a hotel room at her hotel in Orlando and saved them, my brothers, my sister-in-law and niece and nephew. They don't make them like this girl. Thank you Kristin. You are truly an angel sent from above. And thank you @ewablueeyes for bother her when I asked you not to!!!!

“So @kristenanniebell literally saved my parents and my entire family tonight from #hurricaneirma,” he shared on Instagram. “When they were stranded in Florida, she got them a hotel room at her hotel in Orlando and saved them, my brothers, my sister-in-law, and niece and nephew. They don’t make them like this girl,” he gushed. “Thank you Kristen. You are truly an angel sent from above.”

Orlando will also likely still see impact from the storm, with Disney World closing its doors for two days, but mandatory evacuation notices for the area have only been extended to those living in mobile homes.

Kudos to Kristen for doing what she can to help, and wishing her and Gad’s family (along with the rest of Florida’s many residents!) all the best as they ride out the storm.

Are you surprised to hear that Kristen Bell will be trapped in the hurricane? Let us know over @BritandCo.

Nicole Briese
Nicole is the weekend editor for Brit + Co who loves bringing you all the latest buzz. When she's not busy typing away into the wee hours, you can usually find her canoodling with her fur babies, rooting around in a bookstore, or rocking out at a concert of some sort (Guns N' Roses forever!). Check out all her latest musings and past work at nicolebjean.com.
Celebrities
Celebrity News
Celebrities social media
More From Celebrity News