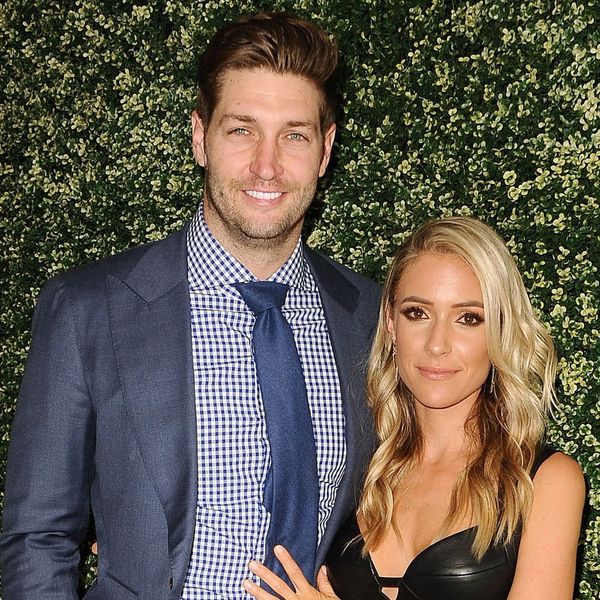 Looks like Kristin Cavallari and her husband, Jay Cutler, are leaving Florida behind in 2018. The former Hills star and her Miami Dolphins quarterback hubby will be moving into their “forever” home in Nashville, Tennessee, as this football season comes to an end for Cutler.

The end of another chapter. Feeling very grateful for the past few months. Thank you @miamidolphins for taking such great care of me and my family. Back home and this time we took Jay with us 💛 #ItsBeenRealFL

Taking to Instagram on Tuesday, January 2, the 30-year-old shoe designer posted a pic of herself and Cutler kissing on the beach while their toddler, Saylor, looks on. “The end of another chapter. Feeling very grateful for the past few months. Thank you @miamidolphins for taking such great care of me and my family. Back home and this time we took Jay with us 💛 #ItsBeenRealFL,” she captioned the photo.

Cutler was signed to the Dolphins for one season last year, after semi-retiring during the 2016-17 season. While Cutler played in Miami, Cavallari made their house in Nashville a home base, traveling back and forth to Florida for Cutler’s home games.

“Jay went to Vanderbilt [University], and actually the first weekend we ever hung out, we went to Nashville, and I fell in love with Nashville,” Cavallari explained to People when they first moved in April. “So we actually bought our house, I think we had been dating for a year — we had just gotten engaged — and so we’ve had our house for about six years, and this has just always been the plan.”

“We think it’s a great place to raise a family,” she continued. “I love it. You know you still get all four seasons, but it’s much milder than other parts of the country and it’s just fun. The people are cool. There’s really good food. There’s always something fun to do. There’s not really a whole lot to not like about Nashville.”

Have you ever moved across the country before? Tell us @BritandCo!