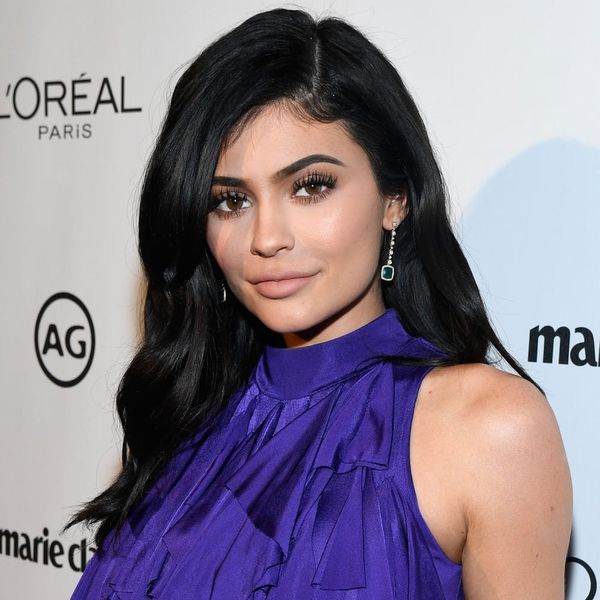 Kylie Jenner kept her pregnancy completely out of the spotlight, but ever since making the surprise announcement that she gave birth to a baby girl, she’s been back to her usual social media ways. Recently, she took to Twitter to answer fan questions about her pregnancy and being a new mom, giving us an insider’s look at her life with baby Stormi.

“Sundays with Stormi,” Jenner tweeted in the evening, before selecting and answering a handful of tweets from curious followers. The 20-year-old went on to reveal that Khloé Kardashian — who is also expecting her first child — was the first sister she told about her pregnancy, but then quickly admitted that she couldn’t remember clearly, and that it actually might have been Kourtney instead. She also said that her mom, Kris Jenner, was “sooo supportive” when she told her the news. “I love my mama,” she tweeted.

The beauty mogul also told fans that her pregnancy experience was “perfect,” and that there was no worst part — besides not being able to eat sushi. So did she immediately get some California rolls after Stormi was born? Nope — Kylie said she had the beloved table bread from LA restaurant Craig’s ready and waiting for her after leaving the delivery room.

While she was pregnant, though, she craved Eggos. “I never liked them before I was pregnant and haven’t had one since I had her,” she wrote. “So strange!”

Stormi Webster is already over a month old, and Kylie admitted that while she’s excited to watch her daughter grow, she sometimes wishes she could freeze time. “Her little toes get me every time,” she said, noting that while baby Stormi hasn’t laughed just yet, she does smile a lot.

Kylie’s sister Kim Kardashian West welcomed her youngest child, Chicago West, via surrogate just weeks before Stormi was born, and the youngest Jenner sister says the two baby girls are already best friends. As for how boyfriend Travis Scott is as a dad? “He’s the best,” Kylie gushed, before adding that BFF Jordyn Woods is basically like a third parent to the infant. Sounds like little Stormi is more than well taken care of!

What would you ask Kylie about her life with Stormi? Let us know @BritandCo!