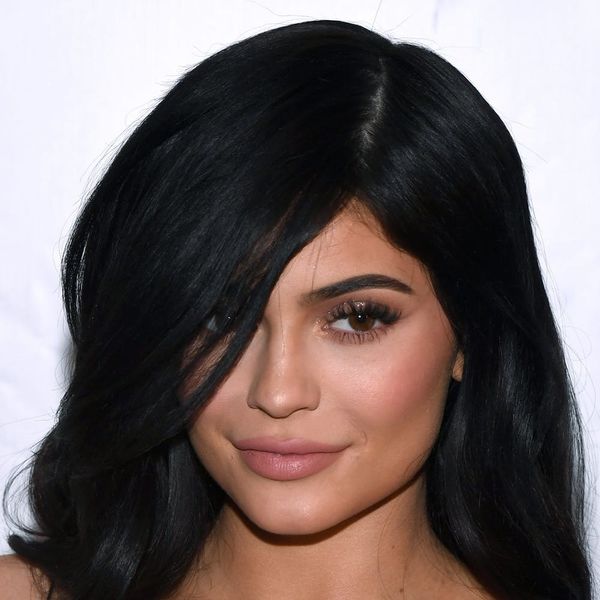 Between Kylie Jenner’s new TV show Life of Kylie and her recent health scare in Peru, the youngest Jenner is all but taking over headlines as of late. And she’s apparently just getting started. Now that she’s doing better, the 19-year-old is wowing her fans with her latest photo shoot, in which she channels everyone’s favorite Mattel doll.

The images are part of a collection for Flaunt magazine’s new Cadence Issue. Shot by photographer Brendan Forbes and featuring Jenner in the best of Barbie’s wardrobe, everything is bubblegum pink and so, so shiny — even her legs glow just like an actual doll’s! Atop her head is a derriere-grazing blonde wig (which we now know is a far cry from her real hair.

The whole pictorial gives off some serious Malibu vacay vibes, with surfboards, swimsuits, and pool chairs galore. The entrepreneur gave fans a peek at the pics over on her Instagram page, writing, “Life in plastic, it’s fantastic!”

After this, we’d be willing to bet she might just convince fans to make *those* Juicy velour track pants popular again: After all, when Kylie Jenner wears something, it’s not long before her followers… ahem, follow suit.

What do you think of Jenner’s Barbie shoot? Tell us @BritandCo!

Shea Lignitz
Shea can be found in the nearest bookstore or brewery, exploring the great outdoors, or blasting Led Zeppelin. She grew up in the cold and rain of Northern California's redwoods but is currently wandering around Texas.
Kardashians
Style News
Kardashians Kylie Jenner Photography