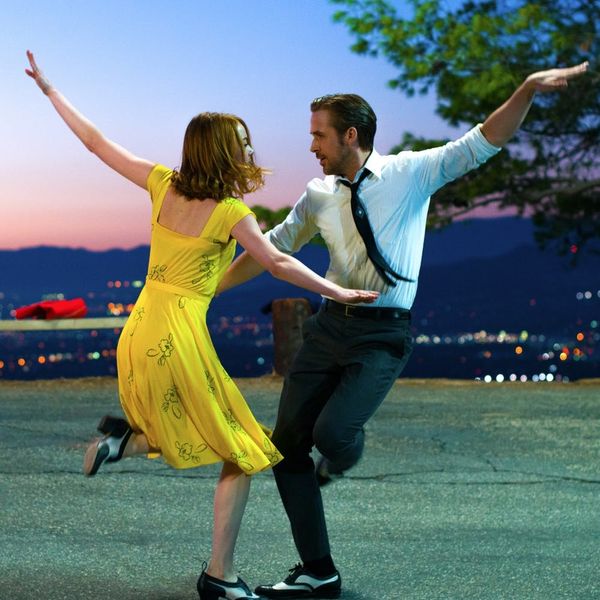 If the dramatic ending to Arie Luyendyk Jr.’s season of The Bachelor has you craving something slightly more wholesome for a change, we have some good news. A new show inspired by La La Land is in the works, and it’s bringing a creative spin to the reality TV dating format.

Called Flirty Dancing (okay, we already love it), the five-part British TV series aims to bring couples together through the arts, according to Deadline.

“Inspired by the evocative atmosphere of La La Land, we want to recapture the magic and romance of the dancehall days when you could be swept off your feet rather than being swept left or right,” said Channel 4’s Sarah Lazenby, adding that it will be a “warm and charming series.”

Dancing On Ice judge and Britain’s Got Talent winner Ashley Banjo will teach two strangers one half of a dance routine. Those contestants will then go on a date, which will involve ONLY those dance skills — no speaking. A second date will be decided based on first-dance impressions.

It might sound too old-school (or, frankly, straight-up strange) to be true, but choreographer Banjo insists that the connection people can form through dance is the real deal. “You can’t hide behind words or an outfit,” he said, according to Deadline. “Back in the good old days, three quarters of people met their partners on a dance floor. I met my wife dancing. … There was a chemistry that I don’t think would have been created sitting across from each other at a table and just talking. I want to bring a bit of old-fashioned romance back to dating — the magic that can be created without a word being spoken.”

With any luck, this show will make its way to the US airwaves, because it sounds like something that has to be seen to be believed.

Would you watch a dance-based dating show? Let us know @BritandCo!