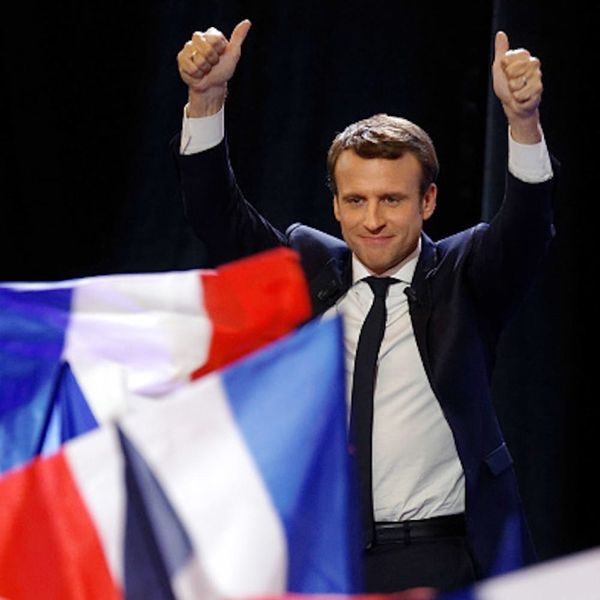 Shortly after French president Emmanuel Macron was elected, Twitter couldn’t decide who was hotter — him or Canadian Prime Minister Justin Trudeau. And the comparisons between the two young, handsome politicians didn’t end there — just like self-professed feminist Trudeau (who recently pledged $650 million to women’s health initiatives) did in 2015, Macron has just recently announced a cabinet that has as many women as men.

When Trudeau was asked at the time why it was important to have gender balance in his cabinet, he gave a shrug and a mic-drop of a response: “Because it’s 2015.” As no-brainer as it seems, most countries still do not have gender parity in politics — far, far from it, in fact.

Here are the six countries with appointed political cabinets featuring at least 50 percent women, according to the Inter-Parliamentary Union’s latest data:

1. Bulgaria (52.9 percent women): Bulgaria’s previous President, Rosen Plevneliev, made strides by adopting a gender equality law and pledging to achieve equality within 15 years. Prime Minister Boyko Borisov’s cabinet has as recently as last year featured nine women in cabinet out of a total of 17 ministers, but under a proposed new coalition cabinet, that number could drop significantly.

2. France (52.9 percent women): Prior to Macron’s 2017 cabinet, where 11 of the 22 positions are women, former President François Hollande also achieved gender parity in his 2012 Cabinet, though it’s been noted that the majority of the senior roles were still assigned to men. Macron has appointed women in the roles of defense minister, labor minister, and health minister, among others.

(Tied) Nicaragua (52.9 percent women): Nicaragua frequently ranks high on the World Economic Forum’s list of countries doing well to close male and female gender gaps in economics, education and, yep, politics. Not unlike France and Canada, leadership here is committed to parity in government — and a generally more progressive stance on gender equality.

4. Sweden (52.2 percent women): Sweden is the world’s first self-proclaimed feminist government, and indeed gender equality is one of the cornerstones of their country. Naturally, this is seen in their political makeup.

5. Canada (51.7 percent women): Canada’s previous PM had a cabinet of 39 people, of which just 12 were women. Trudeau’s parity play was the country’s first.

6. Slovenia (50.0 percent women): Slovenia claims gender equality to be one of the country’s foremost issues and currently features eight women of its 16 ministers.

Rwanda, Denmark, South Africa, Albania, Iceland and Liechtenstein round out the top 10 countries with the most even cabinet representation, ranging from 47.4 percent to 40 percent women in those respective cabinets.

When it comes to elected women in parliament, however Rwanda, Bolivia, Cuba and Iceland lead, followed by Nicaragua — the only repeat in the top five. France comes in at a much lower 63rd here, and Canada only 62nd out of 193.

So proud that my daughter Alia is the first baby to be breastfed in the federal Parliament! We need more #women & parents in Parli #auspol pic.twitter.com/w34nxWxG0y

Australian Senator Larissa Waters recently made history by being the first woman to breastfeed in that country’s Parliament, and she told us then that she hopes her daughter “grows up in a world where it is normal for women and mothers to participate in all areas of public life, including politics.” We certainly hope so too.

Do you think more political cabinets should make a point of being gender equal? Let us know @BritandCo!