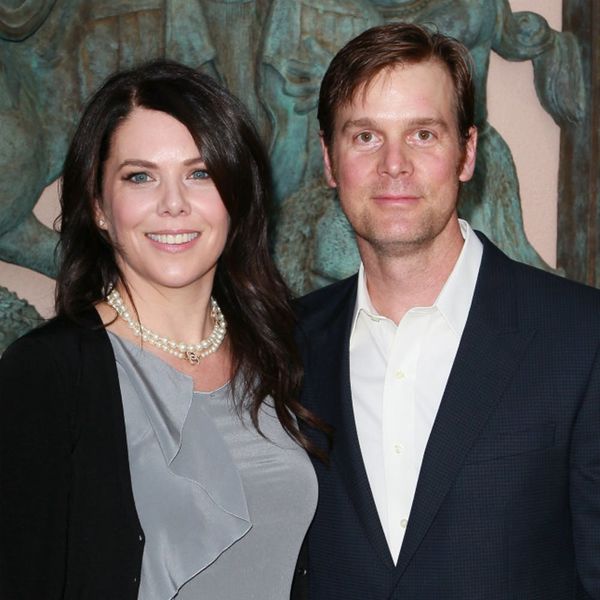 While we patiently await Gilmore Girls: A Year in the Life, we can get our fill with all the amazing press that the stars of the show have been doing to promote the long-awaited series. Of course, while everyone wants to know if Lorelai and Luke will actually (finally) find lasting love with each other, Lauren Graham has shared the truth behind her long-lasting relationship, and it’s just so perfectly Gilmore Girls that we’re swooning all over the place.

In an interview with People Magazine, Graham talks about partner of six years and former co-star Peter Krause as if they just met yesterday, when in fact they originally met nearly 20 years ago! During their initial meeting, Lauren was positive that Peter had no interest in her, since he invited her over to play board games, and that’s all they actually did with each other. So not romantic, right?

During her Gilmore years, Graham’s TV mom (played by Kelly Bishop) mentioned that all the men Graham was dating were not “smart enough” for the actress and told her she’d just keep getting bored. At that time, Bishop claims, she mentioned the idea of Peter Krause being a good match for her costar. Pretty perfect foreshadowing, right?

Jump ahead to Parenthood. Graham and Krause fell in love on set and went public in 2010. While that could have been disaster for their work-life balance, not only has it worked out, but they seem more in love than ever, with Graham telling the magazine, “I mean, he’s really my favorite person to talk to. And he always makes me laugh. He’s really, really funny.”

What do you think about Lauren Graham’s Gilmore Girls-esque relationship? Tell us @BritandCo!