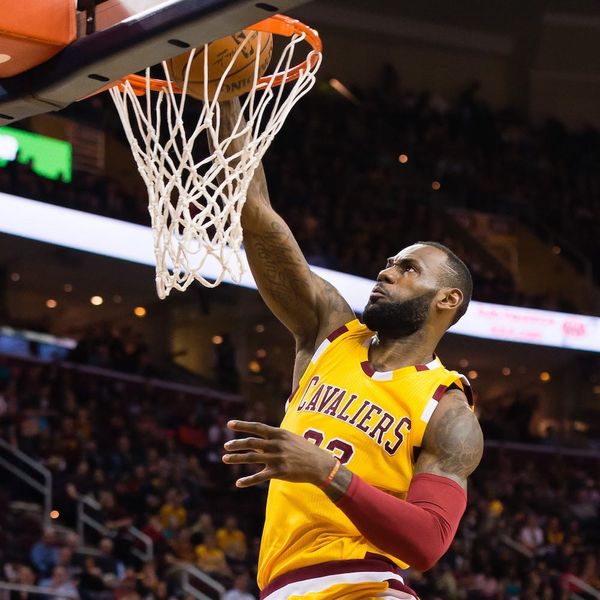 We know that our readers love sports almost as much (if not as much) as you love movies, which is why we adore when the two worlds collide. If there was any doubt that basketball star LeBron James is the Michael Jordan of this generation, then Hollywood has just confirmed it for us. Taking over where Jordan left off, slamming dunks with Bugs Bunny in the original, LeBron will be starring in the Space Jam sequel.

Basketball, cartoons and IRL athletes came together in 1996 to bring us the first whacky sports story, and now a full 20 years later, 31-year-old James (yeah, he was 11 when the original movie came out), or Cleveland Cavaliers’ King James as he’s known to fans, will be stepping off the court and onto the movie set.

Do the math. Send us your #SpaceJam2Plots!

Movie-lovers and sports fans alike will be excited by this news, with Sports Illustrated even tweeting, “@KingJames signs with Warner Bros. Warner Bros. filed new trademarks for Space Jam last month. Do the math. Send us your #SpaceJam2Plots!” This isn’t LeBron’s acting debut (he had a cameo in Amy Schumer’s Trainwreck last year), and it’s clear the star athlete is ready to make his mark on Hollywood.

Now the question is, does King James have the acting chops needed, and is he ready to star in a mega-movie? Luckily he’s got a whole cast of beloved animated critters to help him out. Here’s to hoping it’s a slam dunk at the box office.

Are you excited to see LeBron James in a Space Jam sequel? Tweet us @BritandCo!