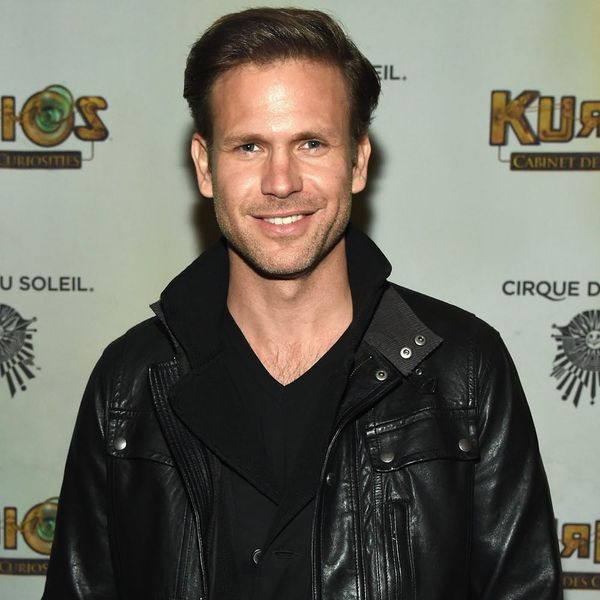 These days, fans will recognize Matthew Davis as The Vampire Diaries’ Alaric Saltzman, but back in 2001, he played the object of Elle Woods’ (misguided?) affection, Warner, in Legally Blonde. Davis recently opened up about the experience in an interview with Australia’s News.com.au, revealing he had a crush on Selma Blair, who played his fiancée.

“I absolutely loved and adored Selma,” the actor told News.com.au. “I developed a crush on her at the time.”

Apparently, he was attracted to her sense of humor. “She was the funniest person on set,” he recalled. “I love a very dry, dark sense of humor, so she had me in stitches the whole time. … She was the bees’ knees.”

Alas, it wasn’t meant to be. According to Davis, she was already in a relationship when they met. “I think she was dating the guy from Rushmore [Jason Schwartzman], but he was coming around, and I was kind of like, ‘Who is this guy?'”

Davis eventually moved on, of course, and he’s now engaged to former Miss Georgia USA Brittany Sharp. Blair, for her part, sparked buzz that she might be dating David Foster after the pair were spotted out on the town together last March.

The Cruel Intentions actress isn’t the only Legally Blonde costar who stands out in Davis’ memory, though. He also said that he was totally in awe of the movie’s leading lady, Reese Witherspoon. “I fanboyed out on her and embarrassed myself,” he admitted. “I felt starstruck by all this, because it happened so quickly, and I hadn’t adjusted. I definitely wasn’t cool. At the first table read, I just kept going on and on about how much I loved her work, fawning all over her.”

She took it in stride. “I remember turning beet-red and later getting back in my car and just slapping my forehead, feeling like a fool. She was gracious — she was very sweet … Reese is very professional,” he added.

Have you ever crushed on someone you worked with? Let us know @BritandCo.