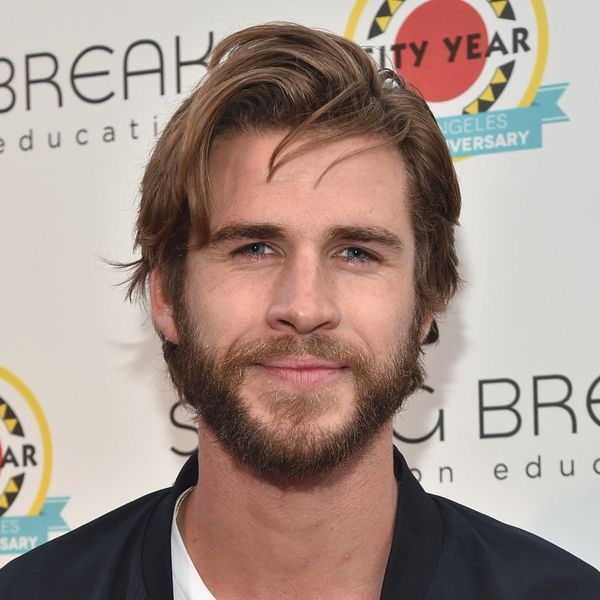 When it comes to swimwear, we thought Kourtney Kardashian’s new underboob look was the thirst trap of the summer — but Liam Hemsworth is here to change all that.

The 27-year-old took to Instagram to gift the world a gratuitous, shirtless shot of himself posing in a pair of teeny tiny colorful swim trunks. And we mean tiny! “Here’s to ice baths and flexing in tiny shorts,” the Aussie actor wrote in the caption. While he looks like he might be sporting a Speedo (hey, he’d totally pull it off), these might actually just be tiny, rolled-up swim trunks.

And needless to say, the internet has zero chill. The sight of the uber-fit The Dual star doing his best flex has folks in a tizzy, with thousands of comments consisting of fire emojis, proposals (“Will you be my husband?”), and uncertainty over life in general — “I no longer know what I feel,” one commenter wrote. And even Twitter had to jump in:

I don't really know why but here's a photo of Liam Hemsworth in short-shorts pic.twitter.com/usUysfH04J

@MileyCyrus and @LiamHemsworth are the hottest couple of all time, and you can't deny it pic.twitter.com/oHOY4eD1zP

Unfortunately, Hemsworth is a very taken man — he also shared a sweet snap of himself with his fiancée, Miley Cyrus, on the same day.

My little angel and I.

“My little angel and I,” he wrote in the caption of a black and white photo of the pair looking cozy on a couch. Awww… Hemsworth isn’t much of an Instagrammer, but boy, when he does post, he sure knows how to give the people what they want.

What do you think of Hemsworth’s risqué reveal? Tell us over @BritandCo.

Nicole Briese
Nicole is the weekend editor for Brit + Co who loves bringing you all the latest buzz. When she's not busy typing away into the wee hours, you can usually find her canoodling with her fur babies, rooting around in a bookstore, or rocking out at a concert of some sort (Guns N' Roses forever!). Check out all her latest musings and past work at nicolebjean.com.
Instagram
Celeb Style
Instagram social media Swimwear
More From Celeb Style