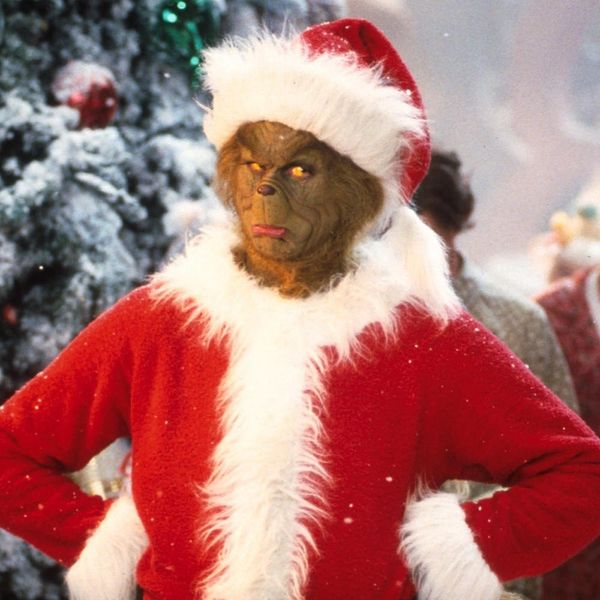 Christmas is a time for cheer and goodwill, and when one little boy thought the season could be in serious jeopardy, he took matters into his own hands.

After his brother showed him videos of Dr. Seuss’ famous Grinch on the internet, five-year-old TyLon Pittman from Byram, Mississippi, called 911, alerting local authorities of what was about to go down.

“I just want to tell you something,” Pittman told a 911 operator in a recording of the call, according to local paper The Clarion-Ledger. “Watch out for the Grinch, because the Grinch is going to steal Christmas, okay?” A short time later, TyLon’s father got on the phone and apologized to the 911 operator, who said it’s “definitely been the most interesting thing that’s happened as far as 911 hang-ups for me.”

Local officer Lauren Develle heard about TyLon’s concerns and paid him a visit at home to let him know they would take the Grinch to jail if he tried to steal his Christmas. The police department eventually invited the little boy to the station, where he escorted “the Grinch” from a police car to a cell.

“Why are you stealing Christmas?” TyLon reportedly asked the Grinch, but the green creature just shrugged his shoulders before shaking the little boy’s hand and thanking him for saving Christmas. “Your bravery is unmatched,” the Grinch said. “You have saved the day.”

TyLon’s mom said that her son wants to be a police officer when he grows up, and that the experience, while bringing people a little joy, was also a very meaningful one. Awww!

What do you think of TyLon’s brave act? Let us know @BritandCo!