The Top Frozen Pizzas to Keep in Your Fridge 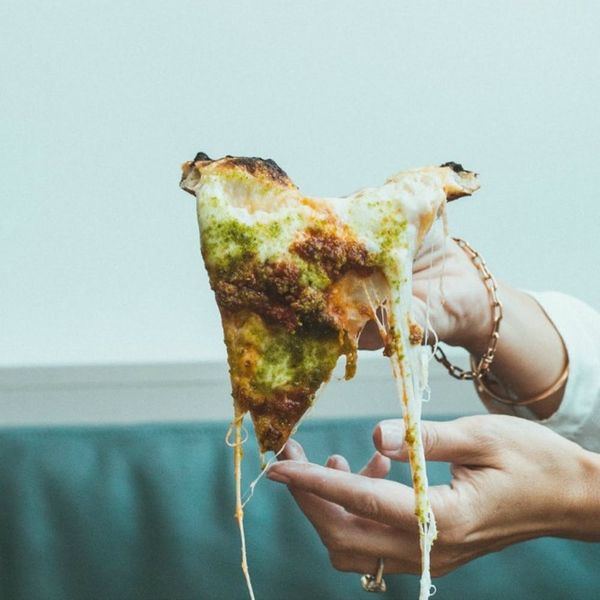 Pizza is such a big part of our lives, we’re always looking for ways to get it in our mouths faster. There’s naan pizza, which swaps out homemade dough for premade Indian flatbread, or these 15-minute personal pizzas, which you cook in a cast-iron skillet. But sometimes, when your cheese craving is through the roof and your motivation is sorely lacking, the convenience of a frozen pizza just can’t be beat. There are tons of different options to choose from at the store today. These are a few of our favorites — a far cry from the rectangular cardboard slabs you grew up eating.

1. DiGiorno Rising Crust Pizza: DiGiorno may not seem like a high-end offering, but honestly, this freezer aisle mainstay knows what it’s doing. From the tender-yet-crispy crust to the tangy-sweet sauce and the gooey cheese that actually has flavor, there’s a reason why this brand ranks high time and again.

2. Newman’s Own Uncured Pepperoni Thin & Crispy Pizza: This pizza gets a big hit of smokey, meaty flavor thanks to the uncured pepperoni, which is made without artificial nitrates and nitrites. The multigrain crust is reliably crisp, and the blend of melty mozzarella and flavorful Parmesan gives the pizza a nice balance.

3. The Screamin’ Sicilian Supremus Maximus: If you like loaded pizzas and have a hefty appetite, this is the frozen pizza for you. The pepperoni is rough chopped, giving the pie a hearty texture, and is joined by Italian sausage, onions and bell peppers that are fire-roasted to deepen their flavor, and black olives to add a salty kick. It’s all held together with whole-milk mozzarella, which adds a richness that’s absent from a lot of other brands that use part-skim cheese.

4. California Pizza Kitchen Crispy Thin Crust Margherita Pizza: California Pizza Kitchen’s margherita pizza isn’t exactly traditional, but it does have a nice fresh tomato flavor that a lot of other offerings can’t seem to get right. The basil reads as dried rather than fresh, but overall, this thin-crust pie satisfies on those nights when you’re looking for something a little lighter than a thick and hearty frozen pizza.

5. Amy’s Vegan Roasted Vegetable Pizza: If you’re dairy-free, it can be tempting to go for a frozen pizza made with a cheese substitute, like Daiya. But don’t do it! Instead, opt for this pizza from Amy’s, which features a pleasantly crisp crust topped with caramelized onion, shiitake mushrooms, roasted red peppers, marinated artichoke hearts, and a drizzle of balsamic. It’s savory, just a tad sweet, and has a nice tang thanks to the balsamic. If you’re on the market for a vegan pizza that doesn’t include gluey cheese that mostly tastes of margarine, this is the pick for you.

6. Archer Farms Three Meat Wood-Fired Crust Pizza: Target recently revamped their in-house Archer Farms pizza brand. The pizza now features hand-stretched dough inspired by a classic Italian recipe, and several varieties are topped by hand too. They’ve also increased the amount of toppings on each pizza. For more authentic flavor, the pizza is wood-fired. This particular pie is topped with a savory combo of pepperoni, sausage, and bacon.

7. Caulipower Pizza: Gluten-free folks will love Caulipower, a line of frozen pizzas that have a cauliflower-based crust, and less sodium, fat, and sugar than other leading brands. You can choose from four flavors — margherita, veggie, three cheese, and plain.

With a couple of these pizzas stashed away in your freezer, you won’t have to be disappointed by your last-minute dinner decisions ever again.

From Your Site Articles
Justina Huddleston
Justina Huddleston is a food writer living in Los Angeles. When she's not busy writing, she spends her time in the kitchen creating both virtuous and decidedly junky vegan food. Buffalo chickpea pizza, anyone? She's also been known to eat a plain block of tofu or beans straight out of the can for lunch, but somehow those culinary adventures don't make it to her Instagram. You can follow Justina on Twitter or see what's cooking in her kitchen on her blog, A Life of Little Pleasures.
Food Trends
Food Adulting
Food Trends Foodie
The Conversation
More From Food Adulting