Eat Like Your Fave Netflix Characters at These Restaurants 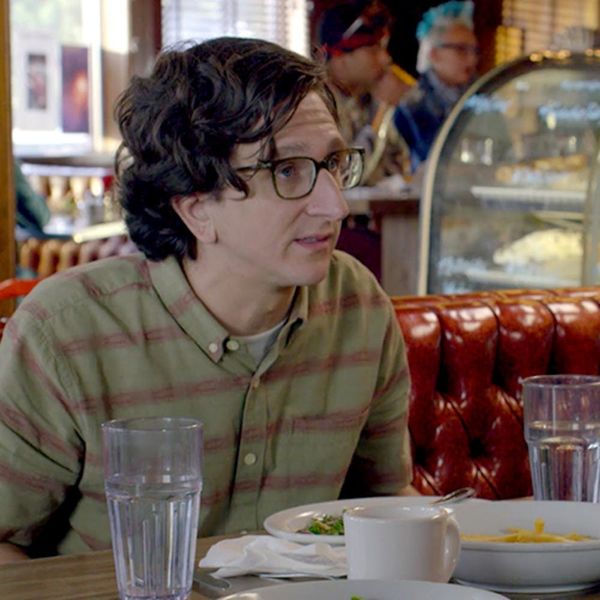 If you’re the kind of person who loves to emulate her favorite characters, this post is for you. Whether we’re eating like the Gilmore girls or throwing a Friends-style Thanksgiving bash, we’re all about enjoying the noms our favorite characters absolutely love. And guess what? There are a ton of shows on Netflix that take place in REAL restaurants. Here are some of our fave Netflix shows’ top food locales.

Take your next date to one of the restaurants and bars favored by comedian (and modern dating guru) Aziz Ansari in his hilarious show Master of None. Hotel Delmano in Brooklyn is cool enough for hipsters yet classic enough that literally ANYONE will appreciate it. Other options: Parm on Mulberry St. and The Smile on Bond.

If, like us, you’re addicted to Love, you should know that THAT MAGIC CLUB is 100 percent real. It’s called Magic Castle and it’s on Franklin Ave. in LA. Another option for eating like our favorite pair of dysfunctional lovers is Brite Spot, which is located on Sunset.

We’ve covered NYC and LA, and now it’s time to get some Chicago restaurants on our list. Luckily, Easy is chock full of real Chicago locations. The show is about Chicagoans themselves, so that’s no big surprise. For an authentic feel, head to Revolution Brewery in Logan Square, Dark Matter Coffee on Western Ave., or Piece Pizza on North Ave. You won’t regret any of it.

Now we’re heading down south to the Keys to chow down alongside the cast of Bloodline. Eat up at Alabama Jack’s in Homestead or take an international foray to the Cayman Islands to enjoy the scene at Caribbean Club’s iconic restaurant.

Obviously, Chef’s Table is a little bit of a wildcard on our list, as it spans multiple locales and focuses entirely on food. Some of the top restaurants from the show that you simply have to try? Alinea in Chicago, Atelier Crenn in San Francisco, Ivan Ramen in New York, and N/nake Restaurant in LA.

If you’re totally loving Flaked, you’ve got plenty of great foodie locations to stop in at. This SoCal show features Venice Beach’s Ghelina and Sun Valley’s Pink Motel, which is home to Cadillac Jacks, for a start.

Sense8 deals with a number of cool locations, but much of the show’s culinary scenes take place back in Chicago. A number of iconic spots, such as jazz club The Green Mill, are featured in the show, as well as some unconventional spots, like the drive-in Superdawg.

Last but certainly not least, The OA has plenty of foodie coolness to offer fans. One restaurant in particular comes to mind when we think of this NYC-based show: the Oyster Bar in Grand Central Station.

Maggie McCracken
Maggie McCracken is a freelance writer, blogger and aspiring digital nomad. She writes primarily about food, travel, yoga and healthy living, and she has a background in health and science journalism. You can read more of her work on her lifestyle and travel blog, The Olive Branch.
Dinner Recipes
Food Adulting
Dinner Recipes Food Trends Netflix
The Conversation
Reviews:
More From Food Adulting