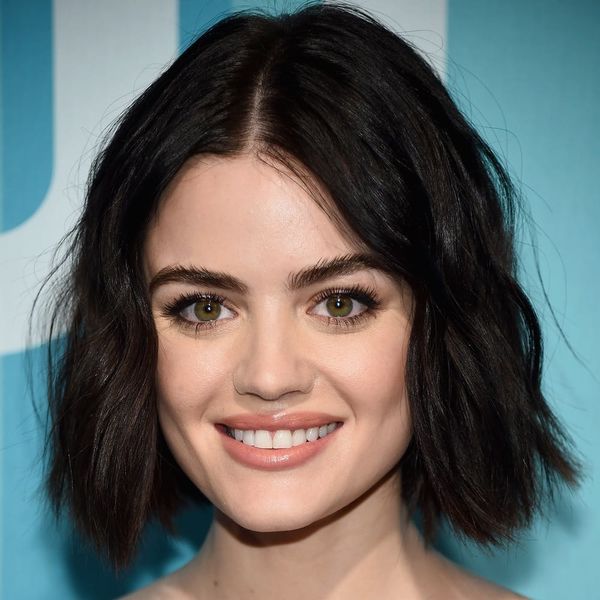 We’ve been obsessing over Michelle Williams and Busy Philipps hand-painted leather Veda BFF jackets since they took them out for a stroll back in September, followed by Sarah Michelle Gellar and Food Stirs co-creator Gait Laibow, who wore them at the airport. But at $1,320 apiece, they weren’t exactly budget-friendly. Enter Lucy Hale and bestie Annie Leonard, who showed off an affordable, DIY version that’s every bit as cool as the original.

Rather than shelling out for the look, TV producer Leonard took what looks like some simple white paint to a pair of denim jackets to recreate the adorable broken-heart design. “BB girl made us jackets,” the Life Sentence star wrote on her Instagram page, adding “Blue jean babies.”

While there were some subtle differences in Leonard’s version — she split the words up slightly differently, for instance — the overall effect was the same, letting the world know these two always have the other’s back (literally).

Found her. Happy birthday to my better half. I love you, M. You make everything better. 💞

Not only are these jackets the cutest, they can also be done on the cheap: All you’ll need are two matching jackets (any fabric will do), a touch of creativity, and a little bit of fabric paint or spray paint of your choosing.

Voila! You’ll instantly be the most fabulous pair of pals around!

Do you want to make one of these BFF jackets for your best friend? Tell us over @BritandCo.

Arielle Tschinkel
Arielle Tschinkel is a pop culture junkie who went to NYU because the Olsen twins went to NYU (really). She is a freelance writer whose work has also been featured on HelloGiggles, Refinery29, SheKnows, Bustle, Hollywood.com, and many others; and she's living her dream one Britney Spears GIF at a time. Follow her on Twitter @mrstschinkel or visit her website at arielletschinkel.com.
Celebrities
Celeb Style
Celebrities Celebrity Style Friends