4 Makers Sound Off on the Presidential Election 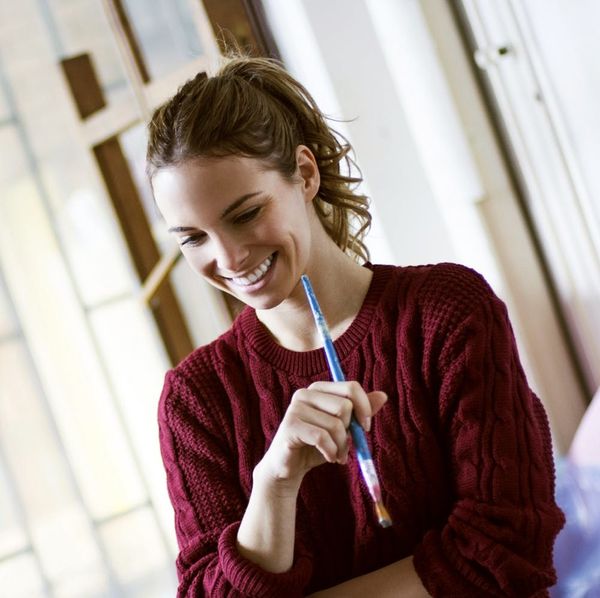 One frustrating thing for many people following the presidential campaign (and all politics, really) is that the issues closest to their hearts might not be the ones getting attention. If you’re attentive to economic inequality or overwhelmed by your student loans, this campaign cycle has probably been the best one in recent memory. And environmental issues and election issues for moms have gotten some play, but perhaps not as much as they should. What other topics are candidates skipping over?

1. Courtney Pilgrim, artist, art teacher and founder of myfriendcourt.com, on education: “Being a former educator at an inner city school — a title one school at that (where at least 40 percent of students qualify for free lunch) — the state of education in this country is the most important thing to me. And something I wish more people, especially our presidential candidates, cared more about.

I feel like if we could improve our education system for students, teachers and parents it would trickle down and solve a lot of our other social and economic problems. Knowledge is power, right?”

2. Heather Lipner, founder of Clashist and Drawsta, on government transparency: “I believe we should be talking about being more operationally efficient by investing in information technology and communications, and being more transparent so people can understand [issues] and be engaged.

Where does all the money go? It’s really easy for me to stay up-to-date on environmental issues, women’s issues and international politics, but government websites are a total mess, from trying to find a local post office that files passports to understanding Obamacare. Why isn’t there an interactive map so we can all follow along nationally, by state and city, to see what gets funded and its overall successes and failures?”

3. Arianna Orland, design consultant, owner of Paper Jam Press, on cities of the future: “I wish the presidential candidates were discussing how to build cities for the future that people care about, cities with public spaces and public art and places for artists to live and create. The world needs artists, it’s through their work that we’re able to connect more deeply to the world around us and each other.”

4. Debbie Chachra, associate professor of materials science at Olin College of Engineering, on research funding: “Candidates and politicians like to talk about innovation as being a key to economic success in the US, but this innovation rests on a foundation of basic research. Dr. Mariana Mazzucato of the University of Sussex has argued compellingly that the federal government is essential for funding basic research, because it can amortize risk in a way that private companies can’t match, laying the groundwork for new technologies that then get used in commercial products, like the iPhone.

But basic research by companies has been in decline for the last half-century, and federal funding for basic research has fallen or stayed flat since 2010. So, I want to hear the candidates talk about putting federal money where their mouth is. If we really want the US to be a leader in innovation, we need to invest money in basic research to keep a pipeline of new technologies flowing. (Note: I can’t vote, but I am a permanent resident of the US, which means I pay taxes and I also get National Science Foundation funding.)”

What topics do you want to hear the candidates talk about? Tweet us your thoughts @BritandCo!

Tannara Yelland
Tannara is a freelance writer and editor, an occupation perfectly suited for her affection for drinking too much coffee and keeping odd hours. She usually writes about politics, economics, and pop culture. Some day she will put to use the hundreds of hours she's spent watching Say Yes to the Dress and write THE definitive analysis of the show.
Makers
Home News
Makers Politics