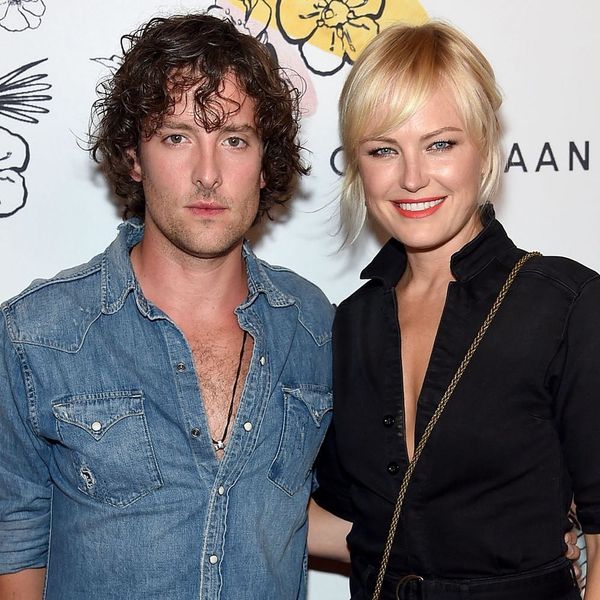 It may be Friday the 13th, but Malin Akerman is certainly feeling like a lucky lady today. The actress just revealed that she’s engaged to British actor Jack Donnelly.

Akerman took to Instagram to let fans in on the big development, sharing a pic of herself and her bae smiling over their wonderful news. Their happy faces are the main focus of the photo, but you can also see her beautiful engagement ring in the lower right corner.

“This sweet and loving man has stepped into our lives and stole both our hearts! I think we’re gonna keep him around for a while ;) #engaged #isaidyes #jackdonnelly #family #yes,” the Watchmen star captioned the sweet snapshot.

This sweet and loving man has stepped into our lives and stole both our hearts! I think we’re gonna keep him around for a while ;) #engaged #isaidyes #jackdonnelly #family #yes

The hearts he stole belong, of course, to Akerman and her four-year-old son Sebastian, whom she co-parents with her ex-husband, Italian musician Roberto Zincone.

Akerman and Donnelly, who’s best known as Jason in the BBC series Atlantis, were first linked as a couple back in March, when they were spotted getting cozy and indulging in a little PDA in Puerto Rico.

Since then, the lovebirds have taken their romance to the red carpet and to social media, where the 27 Dresses actress has occasionally posted pics of herself with Donnelly. “Who needs mistletoe when you have Swedish summer skies…” she captioned the below photo of them sharing a kiss in Sweden.

Congratulations to Akerman and Donnelly on their engagement!

Did you announce your engagement on social media? Let us know @BritandCo!