Mandy Moore Got a Tattoo to Commemorate Her Epic Mountain Climb 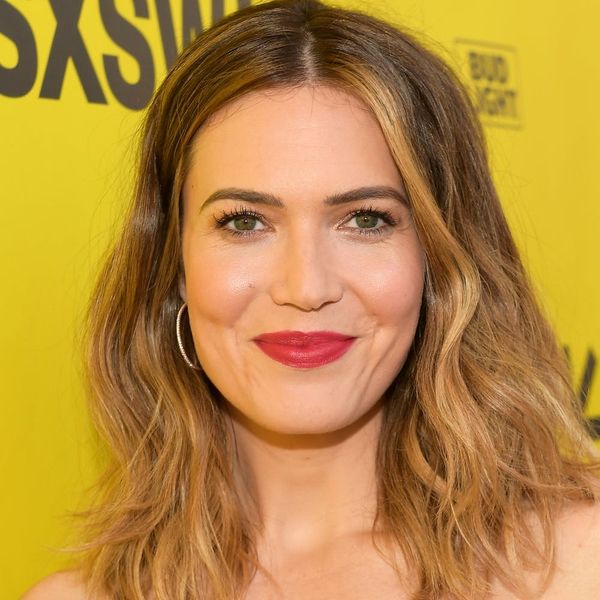 As a chart-topping singer and an actress on one of the most-watched shows of the 2017/18 season, Mandy Moore has done a lot of cool things in her life. But it was her climb of Mount Kilimanjaro earlier this month that the 33-year-old counts as her number one bucket list item, and she’s got the tattoo to prove it.

Moore took to Instagram to show off some brand new ink from black and gray artist @winter_stone, which featured a super delicate outline of a mountain across the side of her foot.

The mountain. Forever commemorated. Thank you @winter_stone for the reminder of what we accomplished. #kilimanjaro

“The mountain. Forever commemorated,” she wrote. “Thank you @winter_stone for the reminder of what we accomplished.”

The accomplishment was quite a feat, indeed: Together with fiancé Taylor Goldsmith and several other friends, Moore made an eight hour trek to the mountain top, which, at 19,341 feet, is the highest point in Africa.

On the night of our ascent to the summit, we woke up at 11pm (after a few hours of napping) to enjoy a couple of nervous minutes together with a cup of coffee before it was time to gear up in my our warmest layers and start the nearly 8 hour trek to highest point in Africa- 19,341 ft. In total darkness, we took it pole pole (slow slow) and trudged through rain, sleet and snow, where seemingly everything on our person managed to freeze (water bottles, backpacks, our eyelashes, hair, fingers, toes, etc...) Oddly, I’ve never felt more determined to tackle such a physical challenge before and yet the combined elements of exhaustion and extremely cold weather made it much trickier than any of us were prepared for. All of that aside, ultimately reaching the threshold of the true summit was more emotional and overwhelming than I had thought possible. Kilimanjaro demands a lot from those who traverse her trails. You have no choice but to show up. And we did. There’s nothing more empowering than realizing that we are all capable of so much more than we give ourselves credit for. #whyihike #liveyouradventure #sponsored

The group encountered everything from rain and sleet to snow and darkness on their journey, making the experience a harrowing — yet rewarding one — for the actress. “Kilimanjaro demands a lot from those who traverse her trails,” she shared. “You have no choice but to show up. And we did. There’s nothing more empowering than realizing that we were all capable of so much more than we give ourselves credit for.”

That moment when you realize the silly joke tattoo you got with your band 8 years ago means that your sweet stunt double has to have it drawn on too..... #sorryzoe #babiesonmyfeet #alsofeetaregross

The new tat joins Moore’s other tattoo — a tiny sperm (yes, you read that correctly!) on her ankle that she got as an inside joke with her former bandmates.

As she hilariously explained to Seth Myers on his Late Night show, the group refrained from “[doing] that thing in the shower” while sharing a bathroom on tour so as to not get “babies on their feet.”

What do you think of Mandy’s commemorative tattoo? Share with us over @BritandCo.

Nicole Briese
Nicole is the weekend editor for Brit + Co who loves bringing you all the latest buzz. When she's not busy typing away into the wee hours, you can usually find her canoodling with her fur babies, rooting around in a bookstore, or rocking out at a concert of some sort (Guns N' Roses forever!). Check out all her latest musings and past work at nicolebjean.com.
Celebrities
Beauty News
Celebrities Tattoos