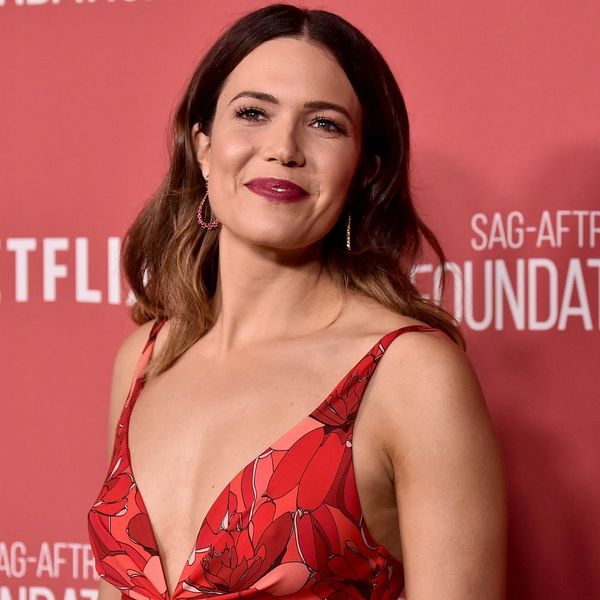 Things have been going incredibly well for Mandy Moore over the last couple of years. And it sounds like they’ll just keep getting better.

“If you were to tell me two years ago that I’d be talking about my life in this way with you, I would have said that you were crazy,” the actress told Shape in a new interview that hits newsstands on January 2. “My life has changed exponentially in that short time.”

"As I get older, I’m learning what it takes to love myself fully through exercise, healthy eating, and monitoring my inner voice in an effort to keep it positive. By self-prioritizing, I feel healthier, more centered, and therefore more confident." @mandymooremm . . Head to shape.com/mandy for more scoop on how the #ThisIsUs star stays in shape and balanced on set. (Spoiler: Part is in thanks to a recco from her TV partner @miloanthonyventimiglia )

Indeed it has. Following her split from Ryan Adams after six years of marriage in 2014, Moore began dating Dawes frontman Taylor Goldsmith in 2015 after the two connected via social media. Not long after, she landed one of the leading roles on NBC’s This Is Us. Now she’s engaged to Goldsmith and starring on a Golden Globe-nominated show.

“I went through a divorce. I moved out of a home that I had lived in for 14 years. I started a new relationship. I’m on a show that changed everything for me,” she told Shape.

And while the 33-year-old realizes how quickly things have changed, she isn’t in the mood to slow down the pace. In fact, she and Goldsmith are moving full-steam ahead. “My man and I found a house and are doing renovations. When we move, I’ll feel like I finally have a place to hang my hat,” she continued. “We can set up the record player! I’ll know where my brown sweater is!”

Thanks @feliznavipod for including in last night’s festivities. Happy for any excuse to sing 🎶 with these 2. Happy Holidays! Xo

But that’s not all she’s excited about: “We can start a family, hopefully sooner rather than later, and establish our own traditions.”

The star, who recently faced accusations that she Photoshops her social media pics, also opened up about her newfound confidence in her body. “Although I’ve become a lot more comfortable with myself — I’m 5’10” and a size six — everyone has their self-doubts and insecurities,” she told Shape. “But as I get older, I’m learning what it takes to love myself fully though exercise, healthy eating, and monitoring my inner voice in an effort to keep it positive.”

She continued, “By self-prioritizing, I feel healthier, more centered, and therefore [have] more confidence. I’ve come to love my height. Taylor is a bit shorter than I am, but I’ll put on those four-inch heels and be 6’2”!”

As for her hit show, she said that her role on This Is Us is her “greatest accomplishment,” telling the mag, “I hope it’s a good, long ride. I feel so humbled by the magnitude of the work that I, along with all these talented actors, am lucky enough to do. It’s the once-in-a-lifetime situation that every actor hopes to find.”

What major changes have you experienced in the last two years? Let us know @BritandCo!