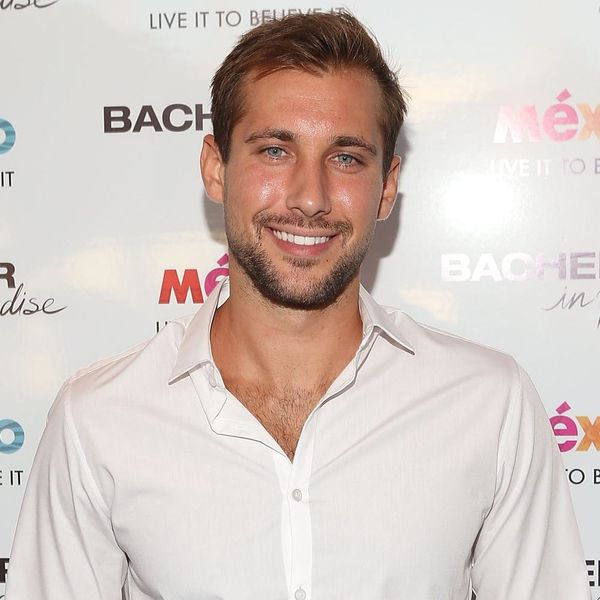 Marcus Grodd has found love again! The Bachelor Nation star married fiancée Ally Lutar in a beautiful wedding this weekend, just a little over a year after their first meeting through mutual friends.

“Bachelor no more!” Grodd captioned a photo booth snap from the big day with his new wife. “My heart is complete with you!”

According to E!, the newlyweds tied the knot in a Vancouver, Canada, ceremony where they were surrounded by 44 of their closest friends and family members. Grodd’s Bachelorette costar Josh Murray was in attendance, and even served as one of Grodd’s groomsmen.

“It feels complete finally,” Grodd told the outlet. “It feels fantastic finally being married. Too bad she wasn’t on the show, it would have happened a lot sooner.”

Bachelor🌹 no more! My heart is complete with you!

Grodd first appeared in the Bachelor franchise as one of the men vying for Andi Dorfman’s attention on The Bachelorette. While he made it to the final four, Grodd’s groomsman Murray actually took home the final rose that season, though his engagement to Dorfman was short-lived.

Grodd then went on to star in the first season of Bachelor in Paradise, where he met and married Lacy Faddoul. Though they wed in a ceremony officiated by host Chris Harrison, the reality TV pair split after less than a year together in 2016.

Grodd and Lutar announced their engagement in July. At the time, the groom told People that he knew they were meant to be together from day one, and that they didn’t waste any time. “It felt as if we had always been together,” he said. “Immediately we both knew we had found the missing piece in our lives. Ally moved in the very next day! I can truly say I knew I loved her the day I met her.”

Are you happy to see Marcus finding love IRL? Let us know @BritandCo!