This Is What Mariah Carey Thinks About That #JusticeForGlitter Movement 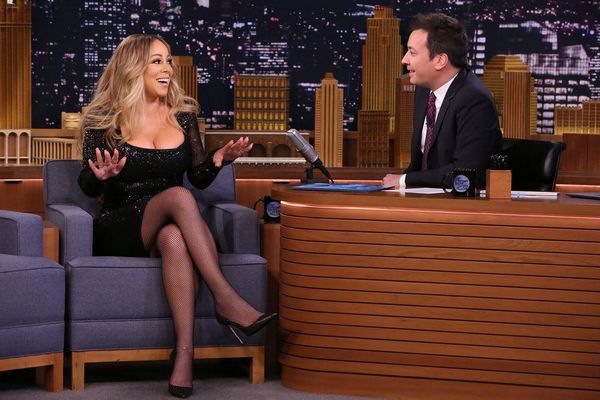 Mariah Carey has been busy promoting her new album, Caution (her first record in four years), but during her appearance on The Tonight Show on Friday, November 16, it was a different, much older album that was on host Jimmy Fallon’s mind: Glitter.

The 48-year-old songstress has been known to start some impressive trends (remember #linneristhenewbrunch), but recently, her fans launched their own hashtag — #JusticeForGlitter — to drive Carey’s 2001 record to the number-one spot on iTunes after 17 years. “[The Glitter soundtrack] almost ruined my life and now? #JusticeForGlitter. It’s a movement,” the diva declared.

“The Lambily got behind it… and actually, #JusticeForGlitter was directed at me ’cause I never do songs from that — it’s a soundtrack, actually,” the “GTFO” singer explained. “It was a tough time. When [the film] came out, it was a whole thing. It was a drama. I don’t want to get into it because then we have to change the mood.”

Glitter marked a difficult time in Carey’s life and career. The film was released just days after 9/11 and turned out to be a major flop. Soon after, the singer made an infamous appearance on TRL, during which she arrived with an ice cream cart and stripped. She was then hospitalized for exhaustion and, as she recently revealed, eventually diagnosed with bipolar disorder.

Now, the underrated soundtrack is getting its time to shine, and Carey couldn’t be happier. “The fact that Glitter even came back as a thing, it’s a thing!” she told Fallon, adding, “Whoever thought it was gonna get to number one… all these years later? But it is a good album and the fans made it happen. I had nothing to do with it. It’s a movement. It’s bigger than me. Much bigger than me.”