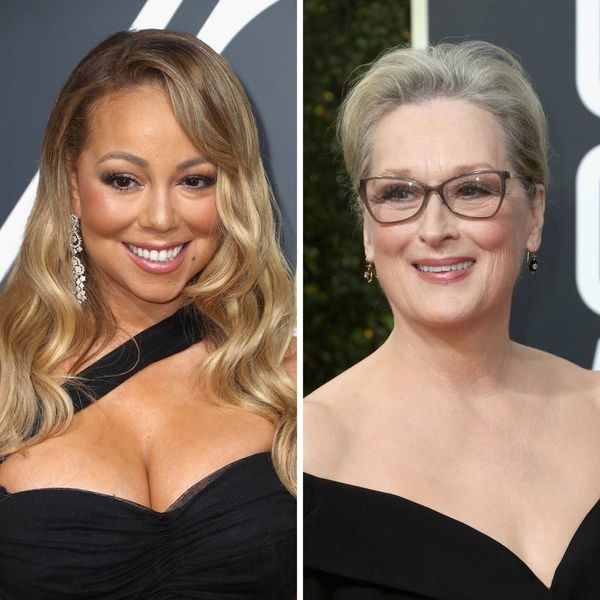 Any major awards show is sure to see funny meetings between A-list stars, and the 2018 Golden Globes were no exception. Mariah Carey had an unexpected run-in with fellow nominee Meryl Streep at Sunday’s show, and the whole hilarious interaction between the two stars is just too perfect.

Carey explained the situation in a series of tweets. “Got caught mingling on the way to the loo during a commercial break,” she began. “Took the first seat available, happens to be right next to Steven Spielberg. Cut to next commercial break, guess who comes back to her seat…”

You can probably imagine what happened next: The “I Don’t” singer had accidentally stolen Streep’s chair. According to Carey, she basically begged for the Hollywood legend’s forgiveness, but Streep didn’t mind the mix-up. In fact, she embraced it.

“You can take my seat anytime!” Carey quoted Streep as saying, adding a series of praise-hand and laugh-cry emojis that perfectly sum up the meeting of icons.

Carey was on hand as both a nominee and a presenter, and while she didn’t win the Best Original Song award for “The Star,” she graciously congratulated the winner, “This Is Me” from The Greatest Showman. “A beautifully written song and very deserving,” the pop icon wrote. “Marc [Shaiman, co-writer] and I will try another year!” We’ll most certainly be watching (and listening)!

Have you ever met a hero of yours? Let us know how you reacted @BritandCo!