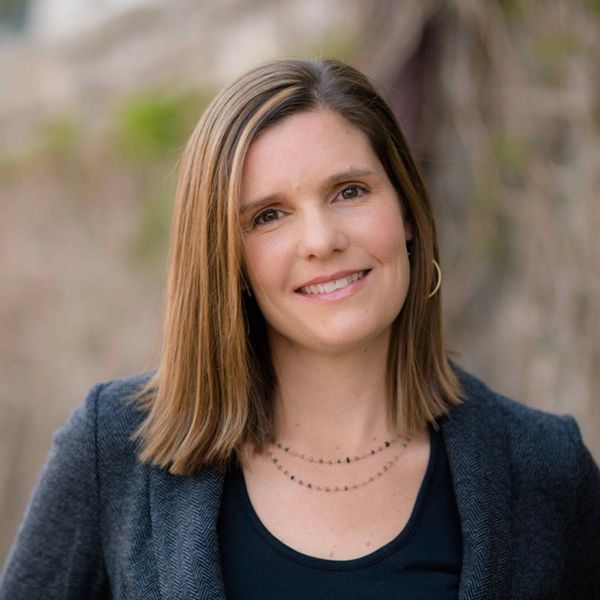 Between President Trump’s (unsuccessful) immigration ban and February’s National Immigrant Strike, 2017 has been full of political conversations about the role immigrants play in the US. With all of the ongoing debates, it’s easy to lose sight of the individuals behind the headlines. Now one YA novel is keeping the focus squarely on those stories. Marie Marquardt’s The Radius of Us follows two teens — Gretchen and Phoenix — who fall in love, even as Phoenix’s legal status hangs in limbo. Their relationship will make you swoon, while Phoenix’s circumstances will change your understanding of the challenges immigrants face. We caught up with Marquardt and chatted about her lady heroes, her creativity tips, and more.

Brit + Co: Where/when do you do your best writing?

MM: In my home office, before dawn, when everyone else in the house is still sleeping — except for maybe the dog. She sometimes wakes up and keeps me company.

MM: Music and fresh air. I have songs that I associate with each part of a story. If I get stuck, I go for a walk around the block and listen to the song, over and over.

MM: Dorothy Day: She was a true American revolutionary, and her work and message remain so relevant today. Here’s one of my favorite quotes from her: “Don’t call me a saint. I don’t want to be dismissed so easily.”

Wonder Woman: Like so many women, I juggle an enormous range of responsibilities in any given day. My critique partner (who knows my crazy life all-too-well) gave me a Wonder Woman decal that reads: “No stunt doubles. This is all me.” I have it posted by my computer, and I read it at least a dozen times a day for inspiration! (Photo via Warner Bros./Getty)

Today was stupid
Tomorrow might be better
But probably not

MM: I love Elise Foley, @elisefoley, on Twitter. She is both hilariously irreverent and incredibly informative about immigration issues, which I care about deeply.

B+C: Can you name a book that you think deserves a little more love and recognition?

I just finished a beautiful historical YA novel by Ashley Hope Perez called Out of Darkness. I think it deserves more attention. And Isabel Quintero’s Gabi, A Girl in Pieces did receive critical acclaim (winning the 2015 Morris Award), but I know many people who haven’t read it. In my humble opinion, everyone should!

MM: I always have a sizable pile, and I plow through it quickly. Next up: American Street by Ibi Zoboi.

MM: Don’t wait for the perfect time, the perfect conditions. They’ll never show up. Instead, come as you are to the creative process, and then dive into it — whenever and wherever you can.