Mary-Kate + Ashley Surprised Us With Their Instagram Met Gala Video 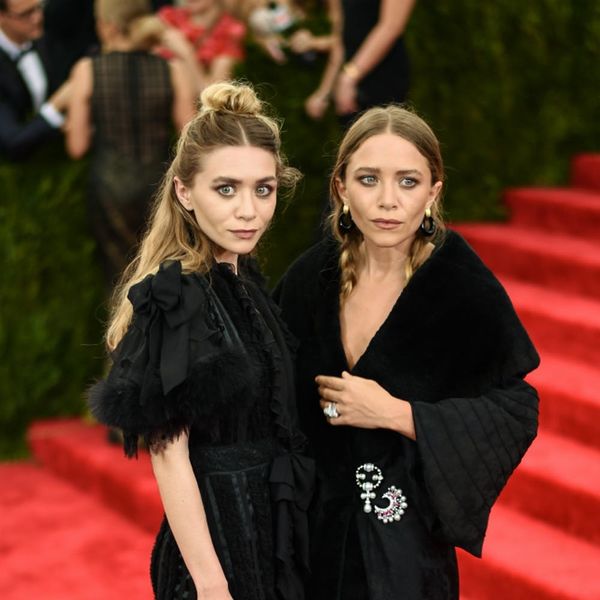 Leave it to Vogue Magazine to not only throw the best fashion party of the year, but to also have the coolest photo booth ever. At this year’s technology-themed Met Gala, the magazine hired director Gordon von Steiner to create an elaborate video booth to capture guests at the Gala in a way totally different than the usual Red Carpet pics we’re used to seeing. The video booth was designed as both an entry way and social media capture of all the guests, and the short videos, shared on the Vogue Instagram page, are gorgeous.

Ashley and Mary-Kate Olsen in the #ManusxMachina Experience. Directed by @gvsgvs. #MetGala

Shown standing still at the end of the long booth’s hallway, Mary-Kate and Ashley stare at each other, then the camera as it pans backwards to reveal their flowing yin and yang gowns. The sisters don’t seem to happy to be in the booth, yet they felt the need to step inside (maybe to make Vogue editor Anna Wintour happy?). We’re glad they did: They definitely are still killing their now-standard boho chic look and always-coordinating ensembles.

The sisters, who were recently featured in their very own museum exhibit, are generally so shy about social media that it speaks volumes of their love of Vogue that they would even agree to their vid being posted, let alone being filmed for it. And it’s mesmerizing to watch.

What do you think about Mary-Kate & Ashley’s Met Gala video? Tell us @Britandco!