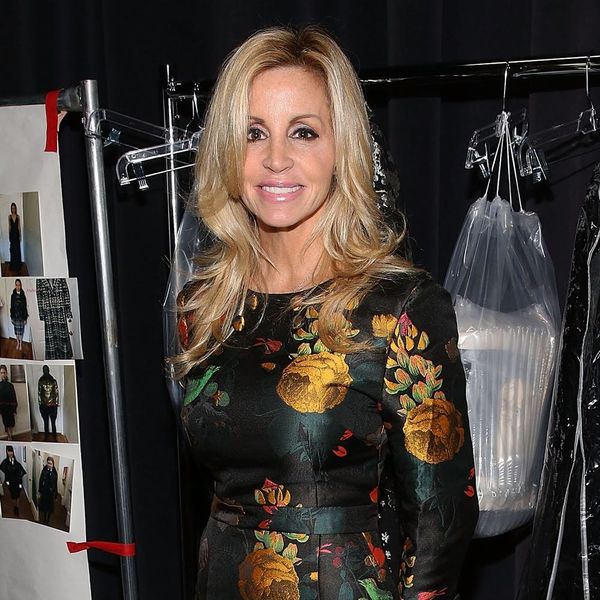 There’s just something about the daughters of the Real Housewives of Beverly Hills. Following in the well-heeled footsteps of Gigi and Bella Hadid (daughters of Yolanda Foster) and Delilah Rinna (that’d be Lisa Rinna’s oldest), Camille Grammer’s daughter Mason just walked during NYFW for the third time.

Thank you again @malanbreton for letting me be a part of this amazing experience. #stylefw #malanbreton

Last night, Mason, 15, walked in the Malan Breton Collection show. She shared a photograph of herself on the runway on Instagram, writing, “Thank you again @malanbreton for letting me be apart of this amazing experience.”

“Proud of my daughter @mason.grammer,” proud mom Camille wrote on Instagram. She also shared her excitement on Twitter: “I’m in NYC so excited for my daughter walking for @Malanbreton I can’t sleep … Time difference and excited mom.”

It’s not the first time that Mason has hit the runway — last February and September, she walked during New York Fashion Week for the same designer — but the teen admits getting nervous. “Just going there and being there is like, it is very nerve-racking and it’s really scary,” she told Us Weekly. “And then, finally, when you’re actually up there, you’re like, ‘Wow, this is so much fun and this is so cool that I get to be a part of this.'”

Are you excited to see what’s next for Mason? Tweet us @BritandCo!

Channing Hargrove
Channing Hargrove is a freelance fashion editor and writer in New York City. When she isn’t writing about clothing (or shopping, for research, of course), Channing is writing about life in a tiny studio apartment in a big city — and what she’s wearing — on her blog, Channing in the City.
NYFW
Celeb Style
NYFW
More From Celeb Style