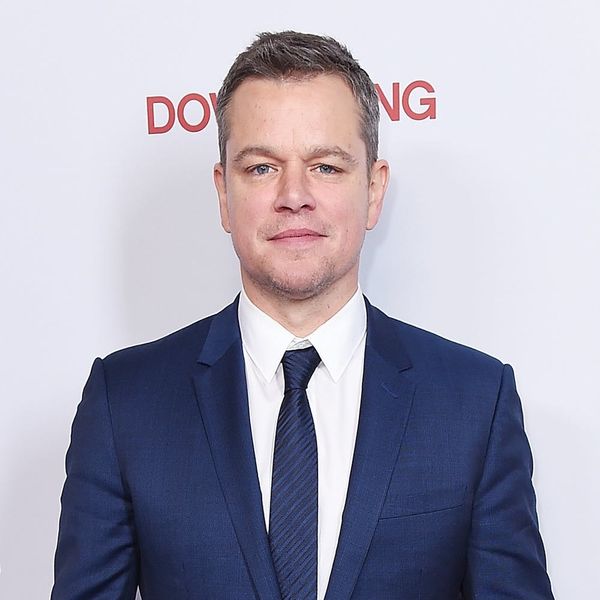 Ocean’s 8 has a star-studded cast including Sandra Bullock, Cate Blanchett, Helena Bonham Carter, Anne Hathaway, Mindy Kaling, Sarah Paulson, Awkwafina, and Rihanna — not to mention countless celeb cameos. One person you won’t see in the movie, though, is Matt Damon. Although the actor said last year that he would be filming an appearance, he’s nowhere in the final product, and director Gary Ross told The Hollywood Reporter why.

Back in December, fans started a petition to have Damon’s cameo cut from the movie after the actor made questionable comments regarding sexual misconduct. However, according to Ross, the reason for his absence is simply the narrative of the film.

“[Picking the cameos] is an eclectic process of: How does it fit in the story and how is the narrative unfolding?” Ross told THR at the film’s New York City premiere. “This, more than any movie I’ve done, had a really copious editorial process where you play with stuff, you find stuff. I’ve never shot anything after I’ve wrapped on any other movie before, but in a heist movie and an ensemble movie, you’re still working on the play.”

Regarding Damon, specifically, Ross explained, “There were a lot of people who were gracious to us that just for editorial and storytelling reasons didn’t make it in and some who did. If you know, we ended up shooting probably another 10 days afterwards, so there’s a lot of material and a lot of shaping. But it really just comes to storytelling.”

Even without Damon, though, there are a ton of celeb cameos in the film. Lily Aldridge, Common, Gigi Hadid, Kendall Jenner, Kylie Jenner, Heidi Klum, Olivia Munn, Zac Posen, Maria Sharapova, Serena Williams, and Anna Wintour all appear as themselves in the film.

Ocean’s 8 is in theaters now.

What do you think about the fact that Matt Damon was cut from Ocean’s 8? Let us know @BritandCo!