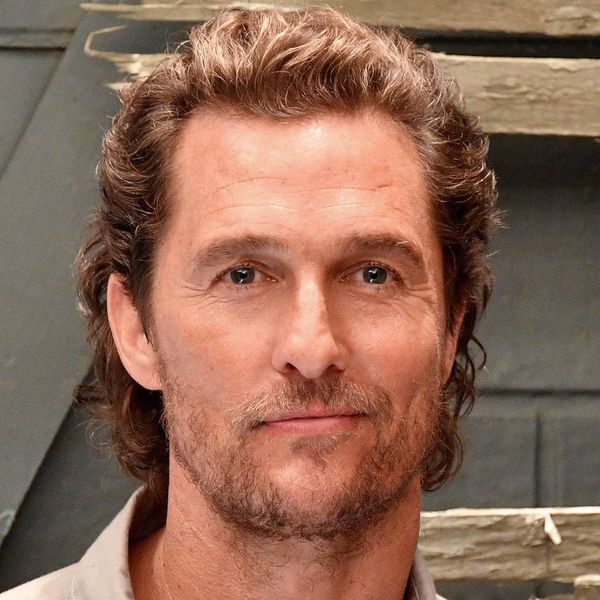 It doesn’t get much sweeter than this! Matthew McConaughey turned 48 on Saturday, but rather than heading out for a fancy dinner or throwing an epic birthday bash, the Oscar-winner spent the day giving back to some very lucky — and shocked! — families in Lawrenceburg, Kentucky.

With Thanksgiving just a few weeks away, The Dark Tower actor joined forces with Wild Turkey Distillery, a brand he’s been a spokesperson for since 2016, for the bourbon company’s Wild Turkey Initiative, joining 250 volunteers to deliver a whopping 4,500 (!!) Butterball-donated turkeys to residents across town.

The father of three kicked things off by surprising the volunteers at the distillery for a little pep talk, which he documented in a Facebook Live video. “Thank you for being here and giving up your Saturday for this,” he said. “We believe in our family that the more you’re thankful for, the more that you show gratification, the more that you’re gonna create in your life

be thankful for. Let’s go make some people happy and put some smiles on some faces, deliver some turkeys, there’s some people that are gonna be happy to get ’em,” he concluded as the surprised onlookers cheered, applauded, and Snapchatted.

He signed off with one of his signature lines, saying, “Just keep livin’, thanks for being here.”

From there, it was out to the streets, where the actor had no qualms about rolling up his sleeves and making front porch deliveries himself.

Recipients were clearly pleased, cheering and laughing as he came in with the the bird slung over his shoulder. “Thats a sexy way to carry a turkey!” one said.

He was also happy to stopping for plenty of hugs and selfies along the way.

What do you think of Matthew’s charitable birthday celebration? Tweet us @BritandCo.