Matthew McConaughey Is Under Fire for His Comments About Trump 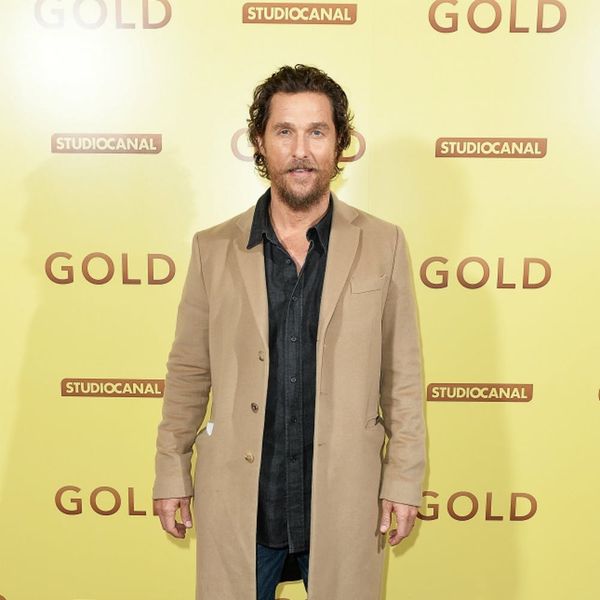 Awards season is upon us, and many actors are using their wins to openly discuss their displeasure with the current state of politics, like these amazingly passionate SAG Awards acceptance speeches. But not everyone in Hollywood is as anti-Trump as their peers appear to be. While Matthew McConaughey doesn’t tend to wade into politics, saving his free time for his secret YouTube channel, his remarks during a recent interview have him in some major hot water in light of the travel ban and other major announcements the Trump administration has made since taking office.

While promoting his film Gold in the UK, McConaughey was asked about the new administration by BBC One interviewer Andrew Marr. Pressing the actor about protests across the country and the world, McConaughey said, “Well, they don’t have a choice now. He’s our president. And it’s very dynamic and as divisive of an inauguration and time as we’ve had. At the same time, it’s time for us to embrace and shake hands with this fact and be constructive with him over the next four years.”

In the last 24 hours, video of the interview has been scrubbed from the internet, leading people to wonder if McConaughey might be regretting what he’s said. People Magazine points out that the interview, which aired Sunday night in the UK, may have been filmed before the sweeping travel bans took effect via Executive Order, and McConaughey might have reconsidered his position.

#MatthewMcConaughey says it's time for #Hollywood to "embrace" President #DonaldTrump. For more on this story, visit FoxNews.com.

Fox News seems to have embraced this quote, posting an Instagram meme of it. A peek at the television station’s account shows a heavy pro-Trump focus, picking the most positive or positive-sounding celebrity quotes to share.

With the interview having been wiped from the internet, until McConaughey explains his comments, we’ll have to wonder if he recorded the interview before the ban took place, and he may have changed his position.

What do you think about McConaughey’s comments? Tell us @BritandCo!