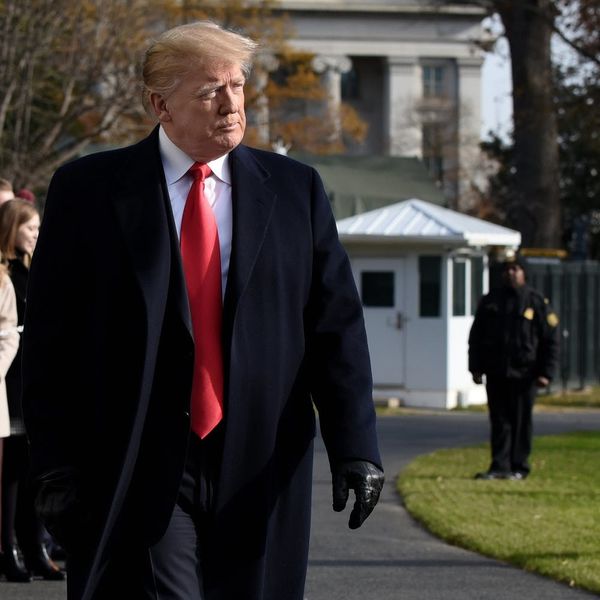 According to Senate Majority Leader Mitch McConnell, President Trump plans to declare a national emergency at the southern border in order to gain access to funding to finally build his long-promised border wall. The pronouncement came from the senator hours before a vote to pass a government funding bill that would lead to Trump’s declaration during the bill’s signing.

“Trump is prepared to sign the bill and will also declare a national emergency,” McConnell announced to his Senate colleagues around 3pm ET Thursday, February 14.

Press Secretary Sarah Huckabee Sanders further confirmed the news a short time later. “President Trump will sign the government funding bill, and as he has stated before, he will also take other executive action — including a national emergency — to ensure we stop the national security and humanitarian crisis,” Sanders said Thursday.

The legislation advanced by the Senate includes seven bills to keep the remainder of the government open through September of this year. Tucked into the 1,159-page bill is a border security compromise: $49 billion for border security that flies in the face of the president’s repeated attempts at securing funding to build a wall. The compromise includes $1.375 billion for 55 miles of steel-post fencing, the same style of barrier that Trump rejected in December, which triggered a 35-day partial government shutdown.

In declaring a state of emergency, the president will access funding that Congress hasn’t expressly designated for that purpose, and could test the boundaries of the executive office. While legal experts have said in the past that the president would be within his right to declare the emergency to get his funding, it would most certainly trigger a court challenge, tying up the process even further.

“I don’t think that’s a smart thing long-term at all,” Democratic Senator Jon Tester told VICE News at the Capitol Thursday. “I think it sets a standard for declarations of emergencies that just about anything could fit into, and he isn’t going to be the president forever. And I think it takes away power from the legislative branch, so it’s a failure on all sorts of fronts.”