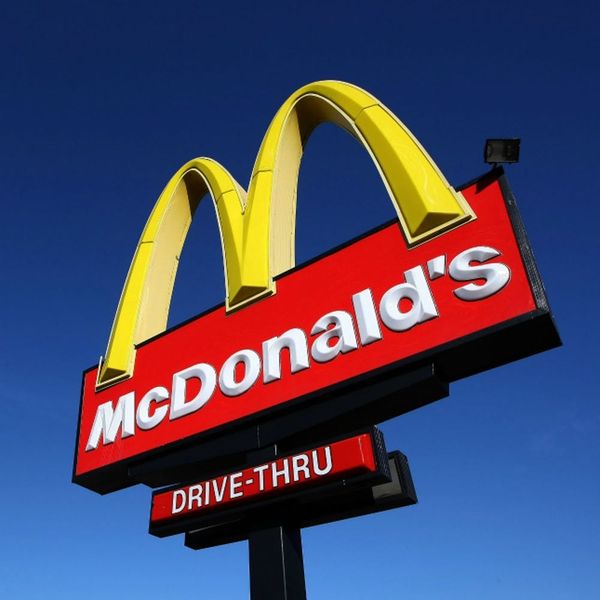 One of the things that gets us through the dregs of winter is the iconic Shamrock Shake from McDonald’s. Yes, you can do a skinny version of this classic, but sometimes, nothing beats the original. While McDonald’s took away all-day breakfast recently, they’re giving us something back in the form of four new Shamrock Shake flavors, and we’re here for them.

Besides the original shake, McD’s is offering a limited edition chocolate Shamrock Shake, as well as a Shamrock Chocolate Chip Frappe, Shamrock Hot Chocolate and a Shamrock Mocha. These are definitely not for people who don’t already love the mint chocolate combo, but for those of us who do, our bodies are ready.

McDonald’s 'secret' Shamrock Shake is now on the regular menu with a bunch of other minty drinks. https://t.co/2ZeKEshZOq pic.twitter.com/X9EQb6M3Ot

If the mint chocolate flavor combo is your thing, remember that the Shamrock Shake only lasts until March, which means that you only have a few short weeks to pick up one of these delicious snacks, although if they are successful, maybe McDonald’s will consider keeping the frappe or mocha on the menu more permanently. Their track record this year has been disappointing, though, so we won’t get our hopes up.

In the meantime, we know where we’ll be going for our afternoon snack today!

Kat Armstrong
Kat has been a writer, social media maven and mom for longer than she's willing to admit. She's also spent time in front of and behind the camera, interviewing celebs, politicians and acting as a producer for fashion and artistic photography shoots. When she isn't writing for various orgs and publications, she's hanging with her kids, husband and French Bulldog, Peter, in Toronto, Canada.
Fast Food
Food News
Fast Food
The Conversation
More From Food News