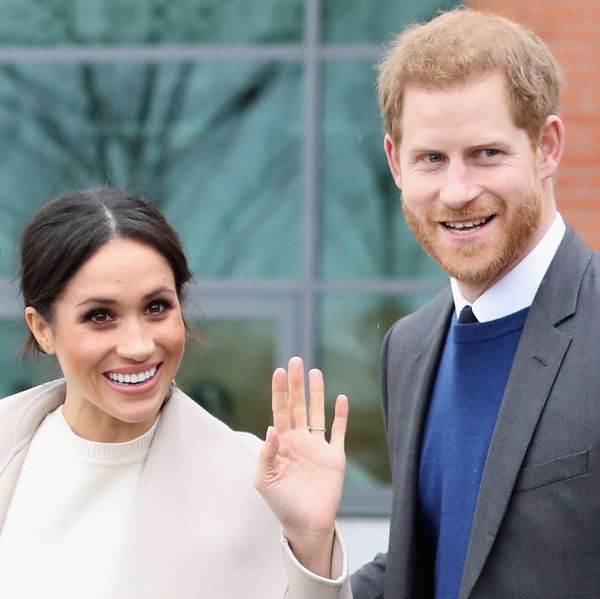 Prince Harry and Meghan Markle aren’t the only stars of Lifetime’s upcoming biopic, Harry and Meghan: A Royal Romance! Last month, the network had us swooning over the teaser trailer for the film, which depicts the royal couple sharing many a smooch, cuddling in bed (!), and becoming engaged. Now, it has released a full trailer, giving us a glimpse at a different relationship entirely: that of Prince Harry and his sister-in-law, Kate Middleton.

In an early scene from the clip, the Duchess of Cambridge, depicted by Laura Mitchell, is seen counseling her husband’s younger brother (Murray Fraser) in his days of singledom, saying, “Peter Pan can’t stay in Never Land forever. And marriage isn’t so bad!”

We see the two conversing once more after Prince Harry has been swept off his feet by his bride-to-be, played by Parisa Fitz-Henley. A concerned “Kate” can be seen saying,“She’s American, she’s divorced… are you ready for this?”

Are you ready for this? Tune in to watch the love story of the year. Harry & Meghan: #ARoyalRomance premieres May 13th at 8/7c. 🤴🏼❤️👸🏽 pic.twitter.com/tiq1tuVFgy

Obviously, you don’t need to watch the footage to see his answer… but we recommend it anyway, if only to catch more feels.

Harry & Meghan: A Royal Romance will air on Lifetime on May 13 at 8pm EST.

Will you be watching the Lifetime adaptation of Prince Harry and Meghan Markle’s love story? Share over @BritandCo.

Nicole Briese
Nicole is the weekend editor for Brit + Co who loves bringing you all the latest buzz. When she's not busy typing away into the wee hours, you can usually find her canoodling with her fur babies, rooting around in a bookstore, or rocking out at a concert of some sort (Guns N' Roses forever!). Check out all her latest musings and past work at nicolebjean.com.
Celebrities
Movies
Celebrities Movies TV
More From Movies