Did Meghan Markle Break Royal Protocol by Signing an Autograph? 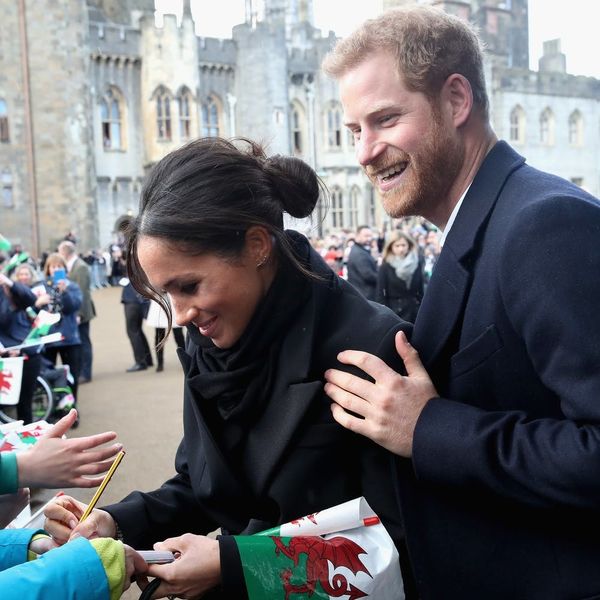 Meghan Markle already broke a royal style rule by wearing black during her first appearance of 2018, and she caused a bit of a controversy when she showed up with a messy bun. Recently, a photograph of her from an engagement in Cardiff led people to question whether she had broken another royal rule — this one against signing autographs for the public.

When she and Prince Harry visited Wales this week, 10-year-old Caitlin Clark asked the future bride for her autograph. According to People, the former Suits star happily obliged, writing, “Hi Kaitlin,” along with a heart and a smiley face.

While this seems like an incredibly sweet thing to do, it actually had some people raising their eyebrows. Per reports, protocol dictates that members of the royal family are never supposed to give out their autographs. It’s a precaution to prevent their signatures from being forged.

Representatives for the royals told the Mirror Online, though, that Markle didn’t technically sign an autograph since she didn’t write her name.

In any case, young Caitlin is certainly pleased with her gift from Markle. She told reporters that she’s thrilled, even though her named isn’t spelled quite right. “I don’t really care,” she said about the minor mistake. “My heart is still racing. I’ve never gotten a royal autograph before. This is going to make everyone jealous.”

What do you think about the fact that Meghan Markle signed an autograph? Let us know @BritandCo!