Meghan Trainor Is Now a Redhead… With a Lob! 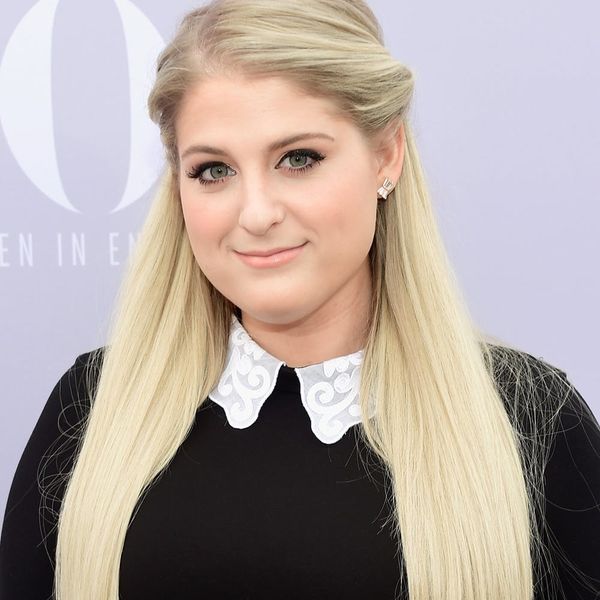 Ever since Meghan Trainor’s rise to fame, her long blonde locks have become as synonymous with her image as her bubbly personality and body positive message. But following in the footsteps of so many pop stars before her (re: Miley Cyrus, Britney Spears, etc.), it appears as though Meghan has decided to undergo a major style makeover to help mark a shift in her career.

Meghan took to Instagram yesterday to share a selfie in which she’s rocking chic, auburn locks that have not only been dyed but totally chopped off! It appears as though those ultra-long tresses have been replaced with the ultra trending cool girl hair cut – AKA a lob. We can’t help but think Meghan might be as big of a Lauren Conrad fan as we are considering LC also recently went from a beachy blonde to a redhead.

Meghan captioned the pic, “NEW ALBUM. NEW HAIR. THANK YOU LO LO.” Could this new look also mean we should be expecting a whole new sound from Meghan’s new music? It looks like we’ll just have to wait and see.

(Photo via @meghan_trainor and Frazer Harrison/Getty)